British Aerospace Jetstream 31 twin turboprop 18 passenger commuter airliner/utility aircraft. The Jetstream 31 first flew in 1980 but traces its ancestry back to the Handley Page HP-137 of the 1960's. 386 Jetstream 31/32's were built and many are still flying. The Jetstream 32 is externally i...

British Aerospace Jetstream 31 twin turboprop 18 passenger commuter airliner/utility aircraft. The Jetstream 31 first flew in 1980 but traces its ancestry back to the Handley Page HP-137 of the 1960's. 386 Jetstream 31/32's were built and many are still flying. The Jetstream 32 is externally identical to the 31 but has more powerful engines and slightly better performance. Full package for FSX/SP2 with custom panels and VC, full moving parts, custom sound by Aaron Swindle. The package includes four liveries, including the British Royal Navy T3 radar trainer/VIP transport version. Accurate and pleasant flying qualities. By Jean-Pierre Brisard and Bob May - Premier Aircraft Design.

Extract all files to a temporary folder, and then:

IMPORTANT: DO NOT UNZIP THIS .CAB FILE !!

Add the gauges to the panel of your aircraft(s).

Placing the gauges in your panel is done by adding some lines to the panel.cfg file of your aircraft, located in folder "FSX"\SimObjects\Airplanes\"your aircraft"\Panel\. The simplest way of doing that is by using Notepad, and Windows Copy/Paste.
*** MAKE A BACKUP OF YOUR panel.cfg FIRST ***

- In the [Window Titles] section, add the line:

Replace '**' with the same number as used above.

NOTES:
1. Due to differences in the Brakes implementation in FSX with respect to the use of Toebrakes pedals, activate (remove the "//" in front of the line) gauge03= ONLY when you use proportional toebrake pedals, like the CH Pro Pedals. Removing the "//" will force the Taxispeed gauge to use proportional Brake commands (like your pedals) instead of normal Brake commands. For a detailed explanation, see Appendix-2.
2. The included sound gauge (.dll) is signed by Doug Dawson. So IF FSX asks you, you must "run" this gauge; if you also select the "More" option "All ways trust this publisher", you are never asked again for any of this publishers signed gauges.
3. You can open the Groundhandling window in any view, via menu Views - Instrument Panel. If you want to change views during operation, and like to have the Groundhandling visible permanently, you have to "undock" this window (right-mouseclick - Undock) 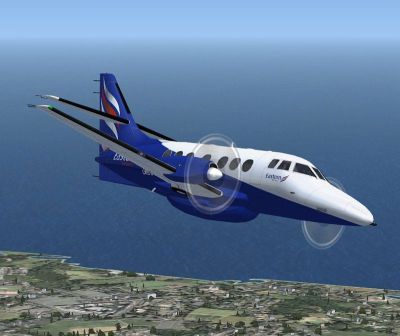 The archive jetstream31_4_x.zip has 178 files and directories contained within it.