The Macchi C.205 (also known as MC.205, "MC" standing for "Macchi Castoldi") Veltro (Italian: Greyhound) was an Italian World War II fighter aircraft built by the Aeronautica Macchi. The C.205 was a development of the earlier C.202 Folgore. With a top speed of some 400 mph and equipped with a ...

The Macchi C.205 (also known as MC.205, "MC" standing for "Macchi Castoldi") Veltro (Italian: Greyhound) was an Italian World War II fighter aircraft built by the Aeronautica Macchi. The C.205 was a development of the earlier C.202 Folgore. With a top speed of some 400 mph and equipped with a pair of 20 mm cannon as well as 12.7 mm Breda machine guns, the Macchi C.205 Veltro was highly respected by Allied and Luftwaffe pilots alike. Regarded as the best Italian aircraft of World War II, in action it proved to be extremely effective, destroying a large number of Allied bombers and capable of successfully clashing on equal terms with such renowned fighters as the North American P-51D Mustang, but, although the C205 was able to match the best Allied opponents in speed and maneuverability, it was introduced late in the conflict. Moreover, due to the poor Italian industrial capability of the time, only a small production run was delivered before the end of the war. Italy's highest scoring ace, Adriano Visconti, achieved 11 of his 26 credited victories in the few weeks he was able to fly the Veltro, with the top scoring 205 Sergente Maggiore pilota Luigi Gorrini shooting down 14 enemy aircraft plus six damaged with the C. 205. VC only. Gmax models and skins by Manuele Villa and Italianwings. Flight dynamics by Manuele Villa and Kikki Zanaboni. It also works (tested) subject to some limitations within in FSX. By Manuele Villa/MVG3D.

Now COPY the *contents* into each and every texture folder,in each of the three models,WITHOUT OVERWRITING IF REQUESTED. This may take some time and patience,but if you fail to do it now you will have missing textures later.

Do NOT move or discard the common textures.If you download skins in the future you will need to add the same bitmaps to those later texture folders.

Note that this fourth (AerMacchi C.205 VELTRO MVG_COMMON FILES) folder also contains the panels (for all the versions), and the AerMacchi C.205 and Fiat RA.1050 R.C.58 Tifone (Typhoon) (Daimler Benz DB605) engine sounds that will be used by all the of C.205. You do not need to copy the sounds or panels to anywhere. Each model will autolocate these shared panels and sounds. 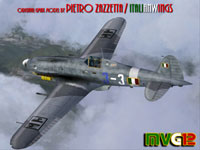 The AerMacchi AerMacchi C.205 VELTRO MVG_COMMON FILES folder also contains the 'Read before flight' folder containing the short "MACCHI C.205 HISTORY.pdf" needed to know the plane history & development and to locate appropriate bases to fly from and campaigns fought.Do NOT move,delete or rename any of these components.

Make sure you have copied the common textures to each of the many texture folders in the three different C.205 models, before moving to step 4.

4) MOVE the contents of the 'Gauges' folder to the FS9/FSX "Gauges" folder.

5) MOVE the contents of the 'Effects' folder to the FS9/FSX "Effects" folder.

6) MOVE the contents of the 'Sound' folder to the FS9/FSX "Sound" folder.

We wish you many months of pleasure investigating the capabilities and limitations of the AerMacchi C.205 VELTRO while you learn about and experience the real world head up flying skills of 'pilotage' within a highly detailed and realistically functional virtual environment.

The archive c205_v01.zip has 241 files and directories contained within it. 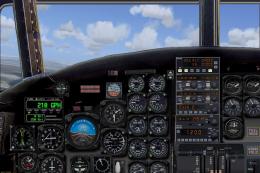 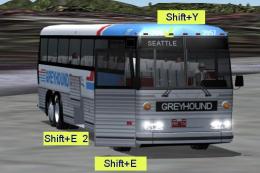 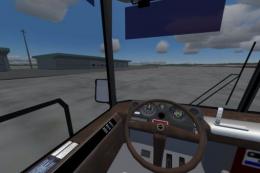 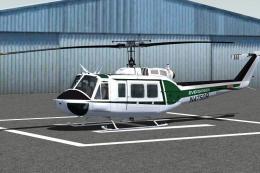 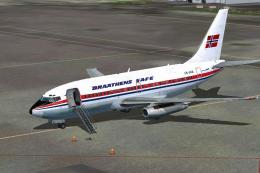 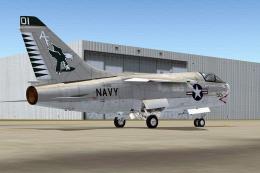 US Navy A-7 Corsair In VA-205 Squadron Colors 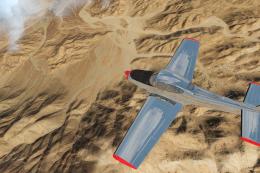 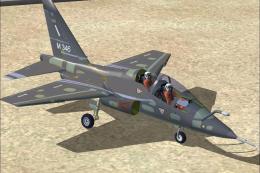