After the occupation of the Netherlands in May 1940 several KLM DC-3's got stuck in the Dutch East Indies. One of them, PH-ALP 'Pelikaan' ('Pelican'), was bought by KNILM (Royal Netherlands Indies Airways) as PK-AFV. On her last flight on 3 March 1942 from Batavia to Broome, Australia, Japanese Z...

After the occupation of the Netherlands in May 1940 several KLM DC-3's got stuck in the Dutch East Indies. One of them, PH-ALP 'Pelikaan' ('Pelican'), was bought by KNILM (Royal Netherlands Indies Airways) as PK-AFV. On her last flight on 3 March 1942 from Batavia to Broome, Australia, Japanese Zero fighters shot at PK-AFV and set her alight. The aircraft successfully crash landed on the beach at Carnon Bay, Australia. The repaints of PK-AFV is based on the templates Mark Beaumont created for the MAAM-SIM Douglas DC-3 (passenger version), which were based on Jan Visser's original textures. This repaints has not been tested for FSX but will probably function there as well. These are textures only. You will require MAAM-SIM's great donationware Douglas R4D/DC-3 package. Repaints by Maarten Brouwer.

Just before WWII broke out in Far-East Asia KNILM (Royal Netherlands Indies Airways) operated a fleet of Wright Cyclone GR-1820-G2 powered Douglas DC-3's, both KLM and KNILM aircraft. Unfortunately no MAAM-SIM DC-3 external model exists featuring Wright R-1820 series engines. However, it is possible, with the help of the existing DC-3 passenger model to 'create' a KNILM Wright GR-1820-G2 powered DC-3. In order to achieve this, it is advised to:

[fltsim.x]
title=Douglas DC-3 KNILM PK-AFV
sim=MaamSim_DC3
visual_damage=1
model=ual
panel=
sound=
texture=KNILM_PK-AFV
kb_checklists=
kb_reference=
atc_id=PK-AFV
ui_manufacturer=Douglas
ui_type=DC-3
ui_variation=KNILM
atc_heavy=0
atc_airline=KNILM
atc_flight_number=
description=Built a DC-3-194B (c/n 1965) at Santa Monica, CA. Delivered to KLM 28 July 1937 as PH-ALP 'Pelikaan' ('Pelican'). Shipped from New York to Cherbourg and arrived in August 1937. Assembled by Fokker. In service on 25 August 1937. Was flying the "Indies-route" between Amsterdam (Netherlands) and Batavia (Dutch East Indies) when the Netherlands were occupied in May 1940. By request of the KLM management KNILM immediately took over the activities of KLM in Asia. The 'Pelikaan' was taken over by KNILM on 2 June 1940 as PK-AFV, and served routes to various destinations in Far East Asia and Australia. Shot at and set alight by Japanese Zero fighters on 3 March 1942 and succesfully crash-landed on the beach at Carnon Bay, Australia.

The archive dc3knilm.zip has 53 files and directories contained within it. 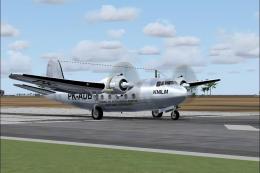 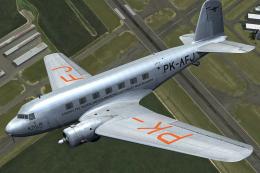 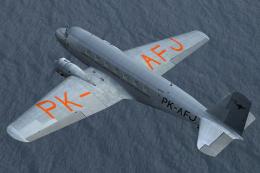 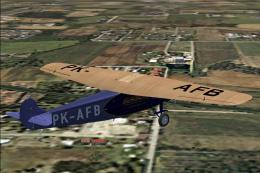 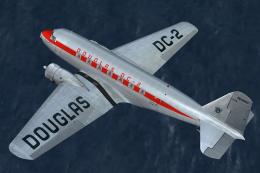 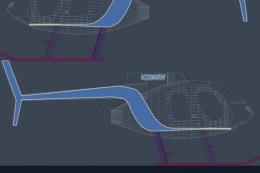 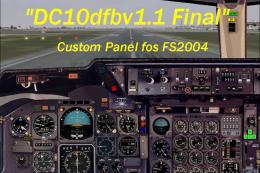 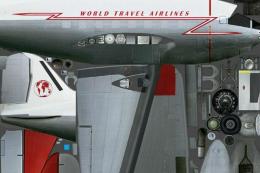 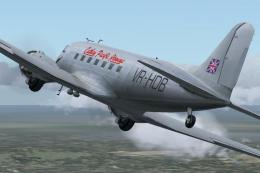