This is a repaint for the Alphasim/Virtavia Vought F8E Crusader, to represent Bu. No. 149170, an F-8E from VF-33 aboard USS Enterprise in the early 1960's. All the textures are in .dds format for FSX. By Dave Quincey.

This is a repaint for the Alphasim/Virtavia Vought F8E Crusader, to represent Bu. No. 149170, an F-8E from VF-33 aboard USS Enterprise in the early 1960's. All the textures are in .dds format for FSX. By Dave Quincey.

Screenshot of US Navy Vought F-8E Crusader in flight.

[fltsim.xx]
title=ALPHA F-8 Crusader VF-33
sim=ALPHA_F-8
model=F8-E
panel=
sound=
texture=VF-33
KB_checklists=f8_check
kb_reference=
ui_manufacturer=ALPHA
ui_type=F-8 Crusader
ui_variation=F-8E VF-33 USS Enterprise 1965
description=ALPHA Simulations 2005\n\nIn 1953 the F8U-1 Crusader won the Navy competition for the new carrier-based day fighter. It flew supersonic on its maiden flight in 1955. A Crusader set a national speed record in 1956 by flying over 1000 mph, for which it won the Thompson Trophy. In 1957 Major John Glenn flew an F8U non-stop from Los Angeles to new York, setting a transcontinental speed record. In 1958 Vought received the first Certificate of merit ever awarded an aircraft manufacturer by the Navy Bureau of Aeronautics for the design, development and production of a US Navy aircraft. In the Vietnam conflict the Crusader had the highest kill ratio over communist jets of any Navy aircraft. The F8U series enjoyed a long service life which was extended in the 1960s by remanufacturing and updating existing aircraft. Crusaders flew in Navy reserve units until 1987, and the French navy flew its Crusaders well into the 1990's.
atc_id_color=0x00000000
atc_heavy=0
atc_id_font=Verdana,-11,1,600,0
atc_id_color=0x00000000
atc_heavy=0
atc_id_font=Verdana,-11,1,600,0

The archive f8vf33.zip has 42 files and directories contained within it. 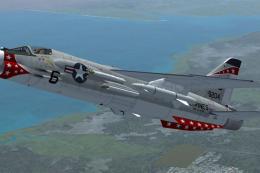 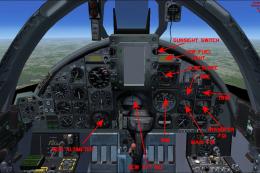 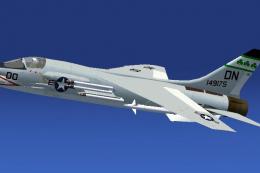 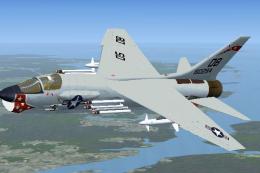 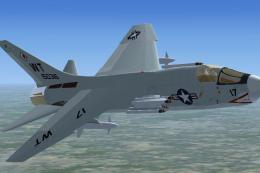 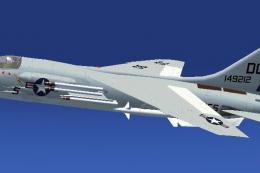 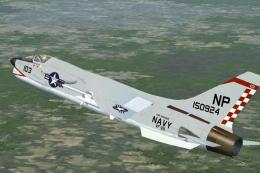 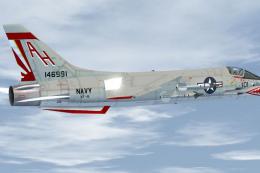 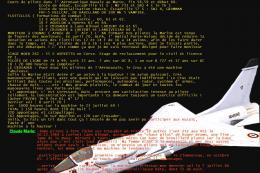