This version have customized and recompiled gauges in order to fix former problems and to adapt them to FS2004. Most of the gauges were redesigned and improved, adding light effects.Some new gauges, such as the automatic-brake, have also been added. This is a complete package, you don't need to h...

File Contents
This version have customized and recompiled gauges in order to fix former problems and to adapt them to FS2004. Most of the gauges were redesigned and improved, adding light effects.Some new gauges, such as the automatic-brake, have also been added. This is a complete package, you don't need to have previous files. By Hector Molina.

The archive hma340v5.zip has 68 files and directories contained within it.

Having had the pleasure of knowing about and then using all of the versions before, I had to download this. Not only is this A340 panel a staple of mine for all new PC installations of FS2004, it’s a favorite. I love the simplicity it brings to the gauges, and the fact that it’s still around.

Hector Molina – I salute you!

So, I picked up version 5 recently on a clean install and decided to try it out. Having been some time since I last used it, I expected version 5 to be feeling outdated. The longer it goes, the more I expect this mod to start feeling its age.

To its eternal credit, that’s yet to occur.

The version that we get here has been improved and optimized somewhat since version four. Whilst the additions aren’t obvious, it’s got some nice little touches and corrections that are worth having. Most of all, though, version 5 does a job of making FS2004 handle the mod better than it has in the past.

With a various re-designing of many of the gauges, this feels more alive than it did when moved over before. The improvement of the new lighting effects is one thing that stands out from the selection here. It looks fresh, and the added lighting goes a long way to sustain that freshness.

Some new gauges are included, also, such as the automatic-brake. It’s nice to see continual improvements and hopefully that will continue to occur. This package more or less comes ready to use, also, so I’d happily recommend that anyone on FS2004 pick it up.

It makes flying the A340 a little more enjoyable, with everything required in this one file. No longer do you need to go on a hunting trip to try and find previous versions – this is an all-in-one installation. As such, if you have never used this before (or if you’ve never heard of it before!) then this is the ideal place to start with.

Not only is this an impressive touch, it adds a bit of guile that was sorely lacking in the past. FS2004 continues to be left behind, but thanks to modding that can be delayed a little longer. 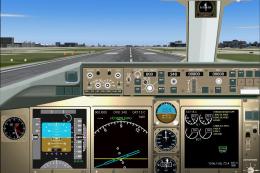 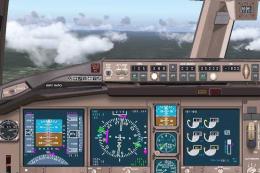 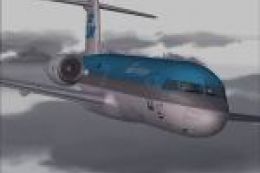 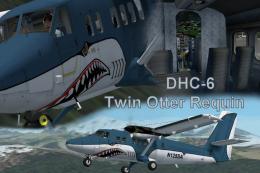 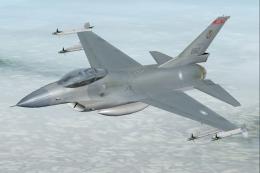 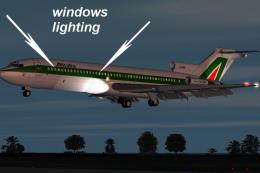 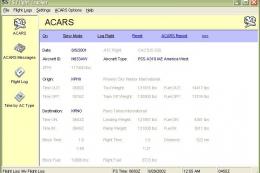 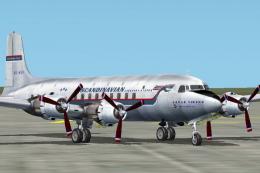