This shader control utility will allow you to change the FSX water shader tone and reflections in real time without rebooting the simulator. The utility comes with predefined profiles for FSX and Acceleration Missions along with favorite profiles of the development team. The utility allows a user...

This shader control utility will allow you to change the FSX water shader tone and reflections in real time without rebooting the simulator. The utility comes with predefined profiles for FSX and Acceleration Missions along with favorite profiles of the development team. The utility allows a user to modify or create their own personal variation of water light/tone/reflection settings and save them for use or to share. This freeware utility has a 'soon to come', currently under development, restricted use freeware SDK for all developers to refer to in creating their own freeware weather connection plug-in for real time changes to FSX water rendering response. From Ashton Lawson, Paul Wheeler and Nick Needham.

This release incorporates a fix for a problem we identified in the original 3.0 release.

With the release of Flight Simulator X, Microsoft have added many new graphical features to the Flight Simulator franchise. People are in awe of the fantastic effects such as light bloom, bump mapping, increased autogen levels, and wet taxiway and runway effects. However, no other addition to the engine has had a greater impact on the community than the all-new water reflections.

In past versions of Flight Simulator the water that was presented used barely-visible animations, very limited graphical effects and a reflection effect that was typically used for every reflective object in the simulation. Thus this reflection was always static and never indicative of its surroundings.

As with all games and applications, people expect improvements to be made with new releases, improvements that present newer, more advanced techniques that can improve the overall experience in one way or another. These improvements often come in a variety of forms. In the Flight Simulator world the 3rd party addon is the king of upgrades.

In Flight Simulator X the reflections and other effects are defined using Direct X shaders. By default, the water shader file that comes with the simulation yields only one level of reflection, and includes sun lighting, moon lighting and base texture saturation levels. All these values are static making the water behave and appear the same in all situations, a trait which isn't good as in the real world time, weather conditions and location play a big part in the look of water.

FS Water Configurator was created to change all that by replacing the default water shader file with its own. This file presents two levels of reflection and all other effects that are present in the default file, the values of which are all editable through a user-friendly interface. This allows anyone to change the water's appearance to take on any characteristics they wish only by adjusting a few sliders and pressing a button.

With FSWC you can make the water look however you want. You can make it look extreme or 'as real as it gets...'

NOTE: It is usually best to allow FSWC to install the default location listed in the installer however you CAN browse to any location with this release and the FSWC installer will automatically create a "FS Water Configurator" folder where ever you point the installer.

See the HELP system provided in the software for more information. There is a BASIC GUIDE posted in it for your review.

Use of the product comes with animated visual reference images for each slider setting. Sliders can be set to any combination desired. Use of the product with water environment addons is not a problem and it will enhance those products as well as the default FSX water textures. You can drop to the desktop while running FSX and run FSWC to make changes.

Try the predefined profiles for missions and to get an idea of the visual results the slider combinations make.

This product is not limited and is very versatile. Your imagination and style can come through by working with different combinations of settings and water textures from the more popular environment add ons. FSWC enhances such add-ons and will work with them to create your own personal world of water and waves. 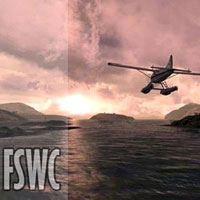 Uninstall issues were fixed with this release. No need to run the provided patch, simply use Add and remove programs... or use the uninstaller shortcut provided in the Start menu folder.

The software will let you know it is reverting back to the FSX default shader file if you forgot to do so before uninstalling the product. It will also allow you to SAVE your shader edit profiles if you are upgrading to a new version or just reinstalling FSWC and wish to retain them.

UNCHECK the box, "REMOVE PRESETS" and allow the uninstall to complete if you wish to retain your profiles. Installing the same or a newer version to the same location, the saved profiles will become available as soon as the new version of FSWC is started.

The archive fswc_315.zip has 19 files and directories contained within it. 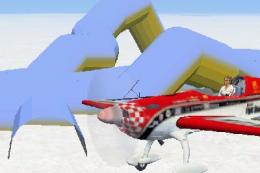 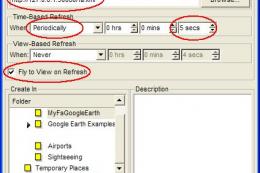 No man, you need min 6 GB OF RAM these minimum requirements.

Will this work for the steam edition? Thanks.

@Ian Tompkins, It is probably because you have steam edition. You would have to change the file paths in the code of the application for it to potentially work.

Is this very demanding, my computer only has 3gb RAM and 2.3 ghz cpu. can i run it?

Trying to install Water Configurator 3.15 and keep crashing. I'm using FSX-steam edition. On install it couldn't find the root directory of Microsoft FSX so I directed it to my steam FSX file.

I then install the files - all ok at this point.

This is what it was installing:- Directory: C:Program FilesFS Water Configurator

It completed the install with no problems.

I notice that the icon for FSWC has a padlock on it - does this mean anything?

Anyway I proceeded to double click the icon and I receive this reply:-

I tried clicking continue - just hangs and does nothing. The only option was to quit.

Are you able to offer any help as to why this isn't loading and working ok?