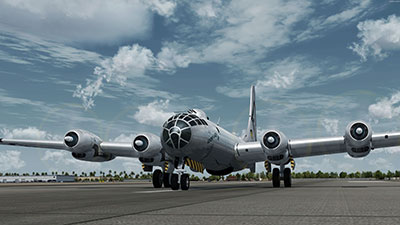 ​The Boeing B-50 Superfortress was a post-WWII derivative of the B-29 Superfortress. It had a larger tail fin and more powerful 3,500 h.p. Pratt & Whitney Wasp Major engines. Significantly faster than its predecessor, it could carry more payload at higher altitudes (35,000+).

In the simulator, you can fly the aircraft either as an 'A' type (using a B-29 type glass cone) or as a 'D' (and later) type, both with or without long-range tanks. Three liveries are provided for the exterior model, while the interior model, in this version, is largely provisional only, cannibalizing various parts of Team Strat's C-97 model.

Gun turrets are moveable either from the Shift-4 'Monitor' panel or, in P3D, by mouse-clicks. Created by 'Team 50' - models, textures, and Monitor gauge by Manfred Jahn, sound set by Ted Wolfgang, and research, testing, and tweaking by Marc Roth. The flight dynamics are largely based on the 'generic' C-97 design originally created by Wayne Tudor (RIP).

Even though only one model file is included, you can access four variants and freely assign any of the liveries in the aircraft.cfg. If the title= line contains the string "(A)", the model will display the A-type nose, if there is a "(D)" the plane will have the D type nose, and if you specify "(ALR)" or "(DLR)" the plane will additionally be fitted with long-range tanks. If the title line contains no version specifics, the model will have the A-type nose and no long-range tanks.

In addition to the features above, this B-50 pack also includes a custom Boeing B-50 Bomber four-engine HD sound pack by Aaron Swindle / Skysong Soundworks. The sound pack has been included with the pack so there is no additional installation.

Also included is the Boeing WB-50D Weather/Recce Superfortress model developed by Manfred Jahn. The WB-50D (s/n 90285) has no gun turrets and comes in MATS arctic markings. This is a bonus extra to the package and released by the original developer.

Folder "Extras" in the zip contains a basic Paintkit and two AI ground vehicles (a Follow Me Jeep and a Crew Bus). Instructions on setup details can be found in the respective subfolders.

(1) Use the 'Monitor' gauge (Shift-4) to handle most aircraft functions. Click the Help buttons in Monitor to show help screens for the subpanels. Get individual tooltips by hovering the mouse over click spots (you may need to be in the windowed mode to see them). Note that some of the Help placards still refer to original placards found in the C-97. Note on abbreviations: "L", "R", and "mid" in Help screens and tooltips refer to clicking the left, right, and middle mouse buttons, respectively.

(3) Key assignments. Ctrl-W or whichever key or button you have currently assigned for 'water-rudder' will first arm and then trigger some very powerful engine reversing. Click again to toggle it OFF.

(5) Automixture (in FS Settings > Realism > Engines > enable auto mixture) may be left on or off. If OFF, you will get sim prompts when changing altitude. You can then either adjust mixture manually or mid-click Monitor > Engines > Mixture value for "set best".

The archive boeing-b-50-fsx-p3dv5.zip has 542 files and directories contained within it. 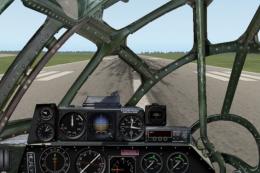 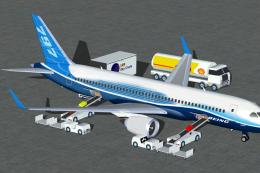 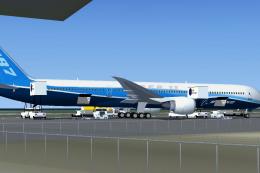 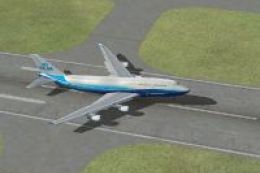 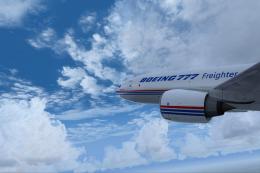 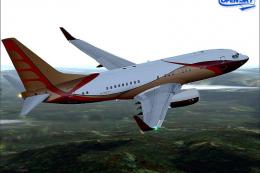 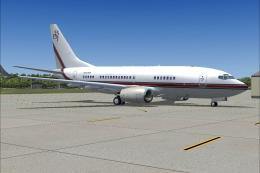 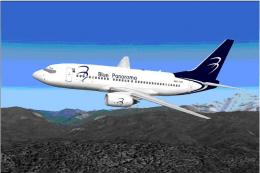 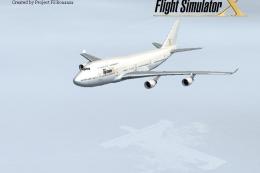 I have found the integrity of those fine props reflects the craftsmanship of the very qualified workers, designers, and engineers. When you look at the weight, the job description of the aircraft and what was expected with such archaic machines, and the results thereof a feat within itself. Thanks to the creators of this fine work of art, and to this fine website for giving us these opportunities to show our gratitude. I know the mask is a pain, but fly your sim and use it as an oxygen mask. Semper Fidelis.

Very very nice! I love the polished metal look reminds me of the Airforce heyday when we didn't care if you saw us coming or not!

It would be nice if they could apply some airline liveries to the C-97 model. It would be cool to see an NWA or a PANAM or a UNITED 377 Stratocruiser paint job on this high quality flying airplane. Some of the other freeware stratos available are pretty bad compared to this model.

I can't seem to get the throttles to move at all... any suggestions?

A really cool looking B-50 Series. Flies like a slightly underpowered recip bomber should, but when it's lightly loaded, it climbs 1000/min easy and turns very tightly. If it is heavily loaded, make certain you manually push the throttles to take off (military) power or you might eat those trees at the end of the runway.

I am so happy to find this site, and download the B50 Aircraft, This program should be payware, top value! I would hope it could be the Tanker version, KB50J. Also it would be great to fly it in the XPlane Format. I would need the FSX GPU..... I am an old, retired Flight Engineer (one of the few remaining) 85 and still counting.....I was a crew member, assigned to the 431 AREFS Biggs AFB TX. I am still a Life member of the TAC Tanker Assoc. You are welcome to check out the web site. I have a great Flight Simulator, built by Jet Lines Systems. The B50 Plane flys great....! I would love to contact the developers of this program. I have a lot of material om the KB50 Aircraft...... Lots of luck to all of you. I hope you love flying as munch as I do! Best Regrards, Fred R Duck, Retired SMS USAF.

Absolutely astonishing work! i would recommend this marvelous masterpiece to be payware level! It would be amazing if we got a Kb-50 version and one that had Macdill colors on it.

Perfect plane and excellent quality, copilot voice in landing and other actions sound great, maybe only need almost realistic panel control in VC, excellent dynamics, response good, the gun turrets rotation and the guns up down is a improve over many planes. 5 stars. We welcomed screen controls that gradually replace the monitor falt panel.

For a freeware plane, this is very good. Very good quality. I give it a thumbs up. Thank you very much.

Simply fantastic. An impressive work, in all aspects. 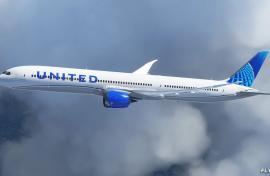