Indonesian Boeing 737-200 Pack. This is a complete pack of Erick Cantu's Boeing 737-200 model. The aircraft has been repainted by Danang in the colors of multiple Indonesian airlines, such as Mandala, Sriwijaya, Merpati, Tri-MG and others. This aircraft has been updated for FSX with a custom B737-200 panel and soundset. No VC. Model by Erick Cantu (FFX/Vistaliners), FDE by Mike Baumann, repainted by Danang, and updates for FSX by Dave Gregory. 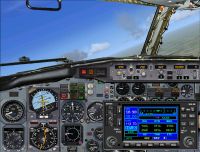 
The flight model has its origin in the B737-200 of FFX and I have made some modifications to adapt it to version FSX. Most of the indicators they are elements pertaining to Microsoft Flight Simulator FS2004 and FSX. Some components pertaining were added to third, which were properly authorized.


It is provided with a compressed file that contains the structure of folders to install.
Decompresses and copy the content of the folder “Panel” provided in the package and place it in the folder Panel of the airplane, previously empty, for example:
Microsoft Flight Simulator X\SimObjects\Airplanes\B737-200\panel


Gauges will be within this folder. It does not copy them in the general folder of gauges, unless it is to him of utility in another panel.


IMPORTANT
----------
So that the panel has a correct operation, you must add or make sure that the Aircraft.cfg file has the following lines in each section: 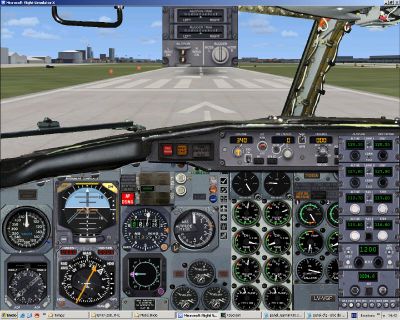 The archive 732ia.zip has 301 files and directories contained within it.