Austrian Airlines Airbus A320-214 retro-jet. In 2008 Austrian Airlines celebrated its 50th anniversary. Its first commercial scheduled flight took off from Vienna bound for London. To celebrate this occasion, Austrian Airlines painted an A320 with a nice retro look, just like in the 1960's. The aircraft is equipped with a VC and new alpha channels. By Marco Fischbach.

Austrian Airlines Airbus A320-214 in flight.

It's first commercial scheduled flight took off from Vienna

bound for London. To celebrate this occasion, Austrian Airlines 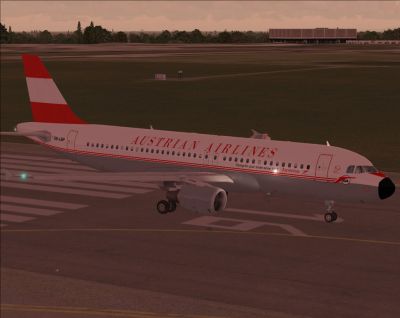 Austrian Airlines Airbus A320-214 on runway.

The archive fsx_pa320_austrian_airlines_retro.zip has 62 files and directories contained within it.