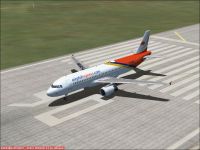 Airphil Express Airbus A320 on runway.

1. Copy the folder and paste it in the airplane's folder in FSX (dest. C:/Program Files/Microsoft Games/Microsoft Flight Simulator X/SimObkects/Airplanes/[folder name]
2. Open "aircraft.cfg" of the airplane. Copy the "install codes" and paste it after the next repaint code. Change the "X" in [flightsim.X] to a number next to the last repaint. The codes look like this:

3. Open FSX and enjoy the repaint!

The repaints are tested and working with FSX Acceleration.

TAKE NOTE: This requires the base A320 CFM model from Project Airbus (not included in this upload)

THANK YOU FOR DOWNLOADING THE REPAINTS!

Airphil Express (former Air Philippines) is an airline based in the Philippines. They had a former fleet of 737-200's. Currently they own A320's and Bombardier Dash 8 300 and Q400 series, wherein some of the A320's are leased from Philippine Airlines. The textures are saved in BMP DXT 5 format. 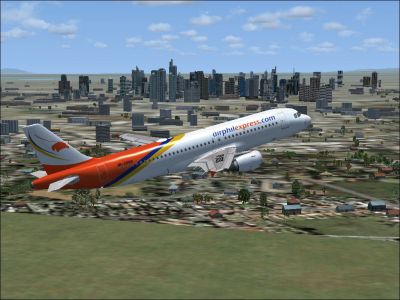 Airphil Express Airbus A320 in flight.

The archive airphil_express_a320.zip has 21 files and directories contained within it. 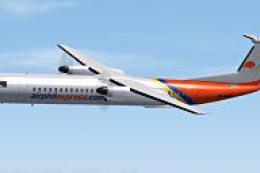 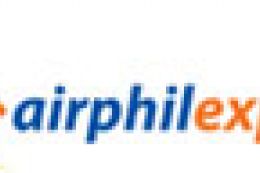 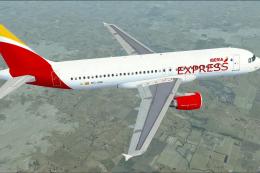 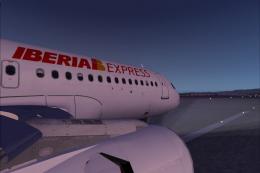 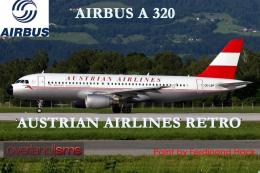 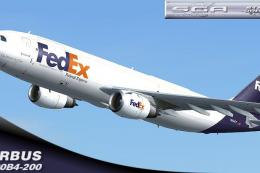 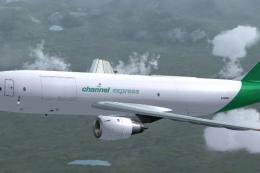 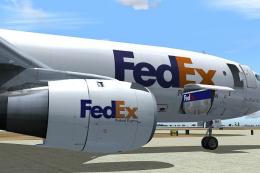 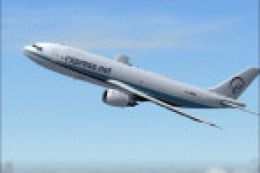