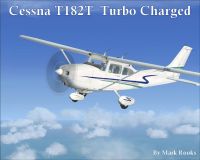 2.Copy the " Cessna T182T " folder and paste it in the main aircraft folder.

The archive c-t182t.zip has 7 files and directories contained within it.

Great job on this plane. I downloaded it and everything works as shown. I recommend it and many thanks.