Kenmore Air DeHavilland DHC2 Beaver. Textures for the default DHC2 Beaver, based on the real world paint that N57576 from Kenmore Air sported this past year. By Mike Mann.

Kenmore Air DeHavilland DHC2 Beaver. Textures for the default DHC2 Beaver, based on the real world paint that N57576 from Kenmore Air sported this past year. By Mike Mann.

Kenmore Air's N57576 has gone through three paint changes from 2008 to 2010. The repaint I did is the latest (showing up in 2010); which carries new colours and updated Rocky and Bullwinkle paintings. Rocky and Bullwinkle first appeared in 2009, but were simply added to the old paint scheme which N57576 carried in 2008.

1. After unzipping the kenmoreairn57576.zip file, copy the Texture.KA folder to the default FSX Beaver folder:

2. Open the aircraft.cfg file of the FSX de Havilland Canada DHC-2 Beaver (found in the above mentioned folder of FSX) with Windows Notepad.

3. Copy the information below "Copy everything after this line:" and paste into the aircraft.cfg file after the last numbered entry.

4. Change the XX in the [fltsim.XX] section with the next number in the sequence.

5. Save the aircraft.cfg file.

6. Start FSX, on the Select Aircraft page tick the Show all variations box. The N57576 repaint should show up for selection.

Copy everything after this line:

[fltsim.XX]
title=DeHavilland Beaver DHC2 Kenmore Air
sim=DeHavilland_Beaver_DHC2
model=
panel=
sound=
texture=KA
kb_checklists=DehavillandBeaverDHC2_check
kb_reference=DehavillandBeaverDHC2_ref
atc_id=N57576
atc_airline=Kenmore Air
ui_manufacturer="de Havilland"
ui_type="Beaver DHC2"
ui_variation=" Kenmore Air"
ui_typerole="Single Engine Prop"
ui_createdby="Microsoft Corporation"
description="When pilots talk about the de Havilland Beaver, the word that inevitably comes up is workhorse. For more than 50 years this sturdy aircraft has flown into and out of remote locations aided by its power, all-metal ruggedness, wide stance, and short-takeoff-and-landing (STOL) capability. Whether fitted with wheels, skis, or pontoons, the Beaver is a can-do airplane. Often referred to as a “flying half-ton truck,?the Beaver is more versatile, and tougher, than any light truck. It was designed from the beginning to meet the needs of Canadian bush pilots, and no better plane for the purpose has come along. After half a century of service, the Beaver is still the thoroughbred of workhorse aircraft." 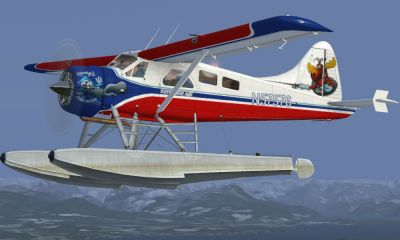 The archive kenmoreairn57576.zip has 17 files and directories contained within it.