Copy the texture folder to your Simobjects/Airplanes directory. Paste the following into the aircraft.cfg file after the last [fltsim.xx] entry, and save.

This repaint is based on the paint kit by Ed Wells, some parts of Jason Sparkes' repaint of 56-3206, with addtional work by myself.

This repaint is freeware; it can be used and modified as you wish for your own use. It must not be used or sold for commercial gain. If you want to publish any repaints based upon it they must be published as freeware and must acknowledge the authors Dave Quincey, Ed Wells (Falcon409) and Jason Sparkes (UKMIL). 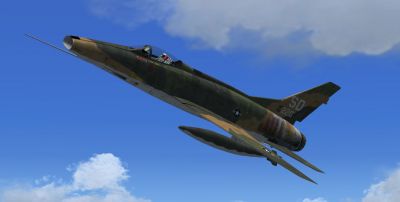 The archive f-100dsea.zip has 15 files and directories contained within it.