Candy Bomber Berlin. English version of the "Rosinenbomber Berlin" mission. Reward is included. Note that a repaint for the default FSX Douglas DC-3 is included in the download. Three possible versions for those who want to fly with bare metal, the included repaint or even with the DC-3 Dakota...

Candy Bomber Berlin. English version of the "Rosinenbomber Berlin" mission. Reward is included. Note that a repaint for the default FSX Douglas DC-3 is included in the download. Three possible versions for those who want to fly with bare metal, the included repaint or even with the DC-3 Dakota of MAAM. You will need FSX Acceleration as the scenery of Berlin Tempelhof is required. Not tested with the other FSX versions. By Tim Morianz.

I had the priviledge to be a passenger on the real C-47 of Air Service Berlin at Easter 2008. That plane was built duing the war and had some missions against grandpa. Later, it flew for the RAF in the Berlin Airlift. After a couple of owners and going two times around the world it came back to Berlin.
Being the cargo version, a lots of modifications such as the seat arrangement, emergency exits etc. had to pass the judging eyes of German bureaucracy. Hopefully, this bird will fly many more days over the skies of Berlin!

First of all I would like to say THANK YOU to those you supported me finishing this very first mission of mine.
Without Markus, Manfred,I would still sit here and think about what I did wrong (or not).
Thanks also to Peter Stark, who's tutorial about mission building helped me step by step through the whole process.
And for the locals: I was in Berlin only once (to fly with the DC-3), so please forgive me if I am not such a tourist guide like Markus in the German version.

Tim "Malloy" Morianz (sorry 'bout my English, which is not German but Austrian - Schwarzenegger fans might have noticed...)
Markus "Pidder" Hunold (for the German Version)


IMPORTANT: This mission will work with FSX & Acceleration only, as you will need the Berlin Tempelhof Scenery (and it has to be activated!), which is included in the Accleration package. I never tested it with FSX only or SP1 and/or SP2. If it works, good for you.

There are three possibilites to install the mission. I do recommend option B, which includes the attached repaint for the default DC-3:

A. Installation without attached repaint:

1. Open the FSX folder and drag&drop all files into you FSX main folder.
2. Start the FSX (you will find the mission in the cathegory "Intermediate" and "Pilots For Hire".

(Note: You will not find the mission in the "Pilot for Hire" folder of your installed FSX. You will find the mission when you go into your "Mission"-folder and look for the "FSXplorer"-folder. Open it and there it is! Why I did that? Well, there is more missions I will come up with...)

B. Installation including attached repaint:

There is an existing repaint made by Tim Scharnhop, so there is no need to do another one.

1. Download the repaint at avsim and install it.
2. From this download (the mission), open the "FSX" folder and drag&drop all files into you FSX main folder.
3. Open on your computer: "Microsoft Flight Simulator X" -> "Missions" -> "FSXplorer" -> "Candy Bomber Berlin"
4. Copy from folder "MAAM" the flt-file "Candy Bomber Berlin" into the folder "Candy Bomber Berlin" (see point 3). When asked if you want to overwrite the existing file, click "ok".
6. Start the FSX (you will find the mission in the cathegory "Intermediate" and "Pilots For Hire".

(Note: There will be more missions in the future. You will the find them all under the "FSXplorer" folder, in case you like them and download them.)

This is FREEWARE and for FREEWARE use only! Contents may not be repackaged or included with any other textures or files and may not be added to any payware package or site without my permission. It is not for sale and do not even think to get money out of it, because you got this one here for free, too.
To those who choose to ignore this fact out of disrespect: You are not the first ones, I know. However, this is a hobby. If you like to screw others, go ahead. Same will happen to you one day, if lightning doesn't strike you first when having a dump.
In case someone is so happy with my work and wants to donate something (like another flight on a DC-3 or even better a jump out of one), feel free to contact me (email is on top).
I did the real deal with the Air Service Berlin (check the link in the mission briefing) and I would say it was worth it. If you guys read that and have the feeling that you get more customers, think of us (there is two more guys) and contact me to organize three free flight in your dakota... :)

1. To all FREEWARE developers who enhance this wonderful hobby for those who can't go for the real license. You sometimes do much better stuff than those who only see the cash. Keep that spirit!
2. To all who participated in the Berlin Airlift. Your contibution shall not be forgotten. 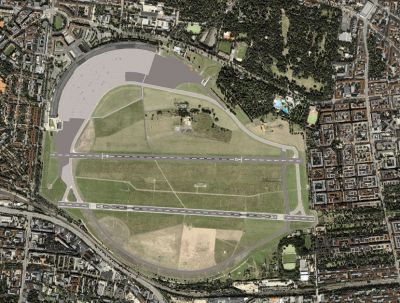 The archive robobe1e.zip has 74 files and directories contained within it.