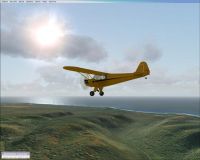 Thank you for downloading the second version of my photoreal scenery for the Hawaiian island of Niihau. This version is only compatible with FSX, and contains numerous improvements from Version 1 (FS9). The ground resolution has been increased to 1.19 meters per pixel, the same as default ground resolution in FSX. New methods of creating scenery have been utilized, resulting in photoreal depiction of the island's surrounding waters, which also seamlessly blend into the default water. Color differences from the aerial photo mosaic have been corrected, so the ground colors now appear more uniform. Most issues with mesh alignement have also been corrected.

There is no airfield on Ni'ihau, and the island is off-limits to those who don't live there. It's secluded nature has earned it the nickname The Forbidden Isle, so in all probability the only way you will ever be able to visit it is via Flight Simulator. To reach it, take off from Port Allen on Kauai and fly SW.

I owe Ben Discoe of Vterrain.org a big thanks for his help with eliminating the borders between aerial images and editing out clouds. His work resulted in a much more immersive scenery. I highly recommend checking out his website, too!

Niihau is the westernmost major island in the Hawaiian island chain. It is roughly 23 miles long, 3-6 miles wide, and has a land area of 70 square miles. The island contains a vast plateau on the eastern side, which ends on the eastern shore as cliffs around 1000 feet tall. The highest elevation point on the island is Mt. Paniau, at 1281 feet. The island is normally arid, but it has 12 seasonal lakes that remain dry most of the year. Remanants of the island's volcanic past are still present, such as the cinder cone island of Lehua less than a mile to the north and another eroded cone at the southern tip of the island. Scrub brush covers most of the island, although the cliffs on the western edge contain some lush vegetation due to increased rainfall. The island is home to the endangered Hawaiian Monk Seal as well as pigs, turkeys, and lots of tropical marine life including sharks, which congregate off the NE shore every May.

In 1864 the island was purchased from the Kingdom of Hawaii by Eliza Sinclair, the widow of a Royal Navy officer, for $10,000. Mrs. Sinclair was first offered property on Oahu, but she turned them down in favor of the island of Niihau. The area she rejected is now the city of Honolulu, one of the most valuable pieces of property in the world. When she bought Niihau, the island was lush and green from an unusually wet year of rainfall, making her think that it would be ideal for farming. After the Sinclair's purchase, the island returned to its normal rainfall of less than 25 inches on average in the low-lying portions where farming would normally be suitable. Since then, the island has been operated as a private ranch, and outsiders are prohibited from visiting the island, thus the nickname "The Forbidden Island." The island was inherited by Eliza Sinclair's grandson, Aubrey Robinson, and it has remained the property of the Robinson family to this day. 230 people call Niihau their home, making it the smallest of the inhabited Hawaiian islands. The people of Niihau have kept Hawaiian as their main language. There is no water or electricity infrastructure on the island, and the traditional Hawaiian way of life is very much alive among the residents. Children are taught in Hawaiian and English on the island until the 8th grade, when they can go to Kauai to continue their schooling. Until 1999, when the ranch was shut down (it had not been profitable for most of the 20th century), the residents supported themselves by maintaining the 2,000 cattle and 12,000 sheep that had been raised there. Exports of the island include farm raised mullet, honey, charcoal, and beautiful leis intricately made from tiny seashells. Most of the islands residents are now mostly being supported by federal welfare, and their future looks uncertain. Small-scale tourism or military use has been considered in order to support the island's residents, but both of these things would disrupt their traditional way of life. Let's all hope for a happy outcome to their predicament. 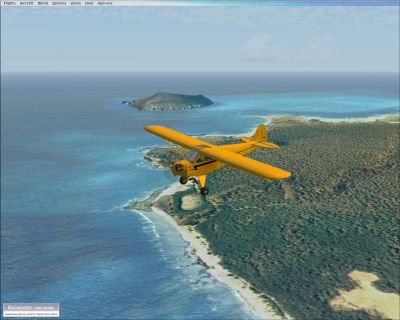 The archive niihauv2.zip has 15 files and directories contained within it.