Antonov An225 GMAX version with many animated parts, high detailed 3D model and highlight reflections (for the "unusual" animations read the install.txt). two versions included, one with Buran and one without piggyback cargo in its present livery. This one comes without virtual cockpit (will be ...

Antonov An225 GMAX version with many animated parts, high detailed 3D model and highlight reflections (for the "unusual" animations read the install.txt). two versions included, one with Buran and one without piggyback cargo in its present livery. This one comes without virtual cockpit (will be updated later) and with default panel and sound. Freeware repaints and freeware modifications welcome and without limitations (read copyright.txt). This aircraft is also FS2002 compatible with some modifications (read fs2002.txt).

This one comes with default 747 panel and 737 sound. I highly recommend to use an Antonov AN124 panel like antonov-124.zip.

The aircraft has a maximum take off weight of 600 metrical tons. You cannot takeoff with full tanks AND full cargo load of 250 tonnes.

Before anyone asks:
The AN225 does NOT have an rear cargo door, and it has NO orange beacons. All beacons ARE white. Since M$ doesn't support more than four engines, I've tagged the outboard engines same as the middle ones. the engine numbers are: 1-1-2---3-4-4
Default contrails are only available for the inner four engines but I have added smoke-system activated contrails for the outer engines. If you want to have six contrails, just activate smoke system (default keypress i).

I will upload a paintkit soon.

The archive an225.zip has 110 files and directories contained within it.

Having long been a fan of FS2004, despite having moved on using FSX and other simulators long ago, it was nice to be able to return down memory lane and try this interesting mod out. When I first used FS2004 it wasn’t around at the time, so being able to go back and see something new and exciting was certainly an enjoyable experience for me. After all, it’s always nice to be going down a little trip to memory lane whilst being able to enjoy the many glories that come with what many more years of flight simulation experience has brought me.

Hopping into the AN225 for the first time I was struck by the attention to detail that’s managed to get in here. The model is hugely impressive given the rather large constraints that FS2004 managed on. By managing to leak out all of the magic in there, the Antonov project jumps out and really make it quite noticeable within the realms of this dated simulator. If you don’t like to have such a glaring and obvious change from the norm in your simulator then you might want to avoid this for those who are stuck with FS2004 and want to get something a bit closer to the modern norm and standards, you might want to try this out.

You’ll find two excellent aircraft packaged in here, and I’ve had fun with both for many hours. Being able to take them both out and see the difference in how they fly, given the cargo changes, was a lot of fun. You start to notice little nuances in the way that they dealt with certain aspects of flight thanks to the change in what they are carrying around inside of them. For any fans of the wonderful FS2004 engine who want to go and visit their old flying grounds, I cannot recommend this enough. It gives you all the help that you need in understanding the next move, so to speak, as the aircraft really feels far more complete than many of its more obsolete counterparts.

For those who want to see a little bit more of FSX here in FS2004 this would be well worth trying out – it’s got plenty of nice new animations and improvements to the model that really make it come up far closer to the original style and format of the modern FSX aircraft. This can help you get over the massive changes in the way that the aircraft can operate compared to its modern equivalent, whilst helping you get into the swing of things all over again by giving you just enough to make it easy to play and enjoy.

One thing we really were impressed with, though, was the massive modifications that it comes with in terms of the original AN225 that was in FS2004. This gives you a lot more control overall, as if you happened to fly the original you’ll notice an incredible difference here compared to the old version whilst still having enough knowledge about the aircraft to negotiate a flight with relative ease! 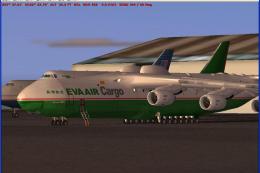 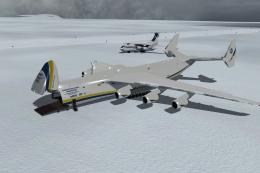 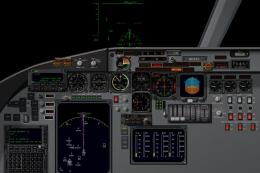 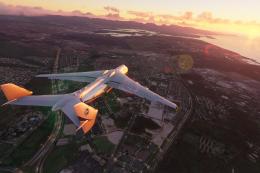 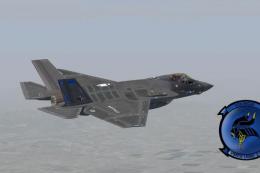 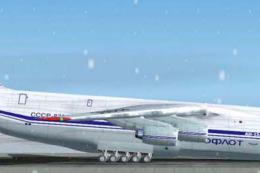 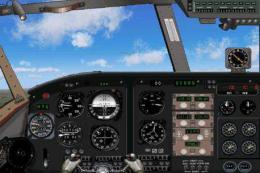 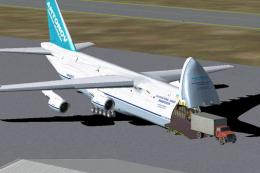 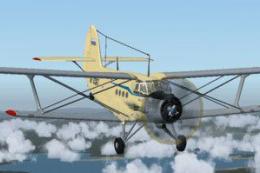 ...2012 Quote...WOAH THATS A BIG PLANE.....Russian guy says...ITS RUSSIAN lol that's an awesome part... I FLEW THIS TRUE THE CLOUDS! ITS AWESOME GREAT DOWNLOAD! Worth it!