A repaint of Robert Hawk's Curtiss P-40. This is an accurate repaint of Dick Rossi's aircraft that he flew with the famed AVC Flying Tigers as a fighter pilot working with the American Volunteer Group in China during WWII under General Claire Lee Chennault. During an eight-month period, a handful of swift, heavily armed P-40's destroyed 297 Japanese aircraft. More than six of those fell from the sky under the guns of Rossi as a Flight Leader. John Richard Rossi of the American Volunteer Group (AVG) Flying Tigers. "Dick" Rossi served as president of the AVG Flying Tigers Association for fifty years and is one of the founders of the Flying Tigers Line, a major freight carrier. This is a complete aircraft. Textures by Mark Rooks of RDG. 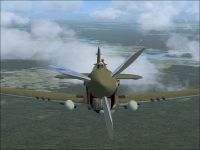 To Install this aircraft file:

Guages For The Panel go in the Guage Folder.

Always Back up original Files. 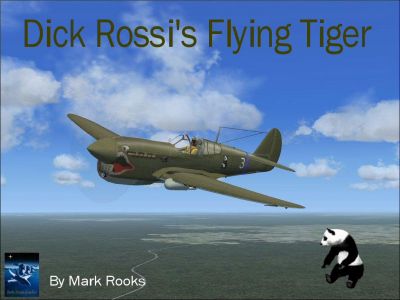 The archive rossi.zip has 17 files and directories contained within it.

I simply could not go away your web site prior to suggesting that I actually enjoyed the usual information a person provide in your visitors? Is going to be again ceaselessly in order to investigate cross-check new posts