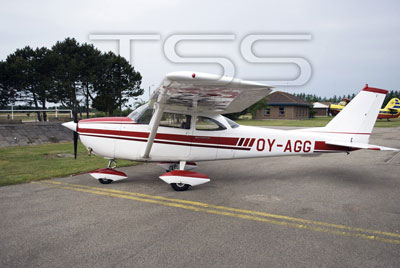 The TSS Cessna 172 Sound Pack is very cool add-on. This particular one is Microsoft Flight Simulator 2004 compatible. It is a fairly small download with a filesize of 20MB. Individuals will find that they will be able to access this add-on, immediately after purchasing it. The soundpack for the Cessna 172 has been created by Turbine Sound Studios.

This sound pack includes an excellent selection of sound moments. They provide users with an impressive array of Lycoming O-360 engine sounds. This Cessna 172 sound pack works well with any flyable Cessna 172 models that are compatible with Microsoft Flight Simulator 2004. The add-on’s sound moments have been recorded with the Benair. All sounds were recorded higher than 44,000 Khz in 32 bit and have been re-sampled so that they are compatible wit the Microsoft Flight Simulator 2004. They have also been digitally mastered.

Turbine Sound Studios has compiled a top-flight collection of recordings of the Lycoming O-360 engine. They have also added the sounds of custom stall, wind, wheel rumble and flaps.

The Cessna 172 Skyhawk seats four. It is a fixed and high wing plane that has a single engine. 1955 was the first year it was flown. Since that time, it continues to be built and used making it one of the most popular and most oft manufactured aircrafts in the world.

If you are in the market for a Cessna sound pack, you really can’t get much better than this one. It was compiled by Turbine Sound Studios and can be downloaded right after you purchase it. There is no waiting for it to be shipped to you. In addition to the actual sounds of the Lycoming O-360 engine, it also offers users the recordings of custom wind, stall, flaps and wheel rumble. If you are looking to simulate the sounds of this four-seat, single-engine plan, opt for the Cessna 172 sound pack. It’s a really great bargain and overall, a quality buy.