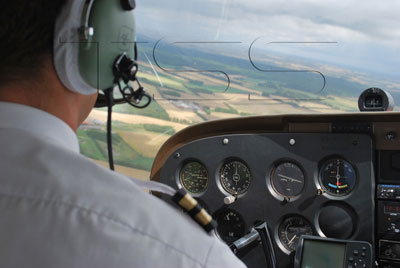 The sound pack for the Cessna 172 was recorded with the help of Benair. They are above 44,000 Khz in 32 bit. Each has been re-sampled in order to be compatible with the Flight Simulator X specs and is also digitally mastered. Though the engine sounds are what most people want, the TSS Cessna 172 sound pack also includes custom stall, wind, flaps and wheel rumble. It includes 360 soundcones, fully adapted.

For those not familiar with the Cessna 172, it is a four-seat plan. It also has high-wing fixed-wing aircraft and utilizes a single engine. Today, the popular plane is still in production. Having been first been manufactured in 1955, it’s been a long ride for this particular model of the Cessna.

The soundpack for the Cessna 172 includes actual recordings of the Lycoming O-360 engine as well as custom stall, wind and flaps. The Lycoming O-360 is a 4-cylinder ir-cooled horizontally opposed aircraft piston engine with a bore of 5.125 inches and stroke of 4.375 inches. Its dry weight measures in at between 280 and 301 pounds.

If would like to buy a FSX-compatible sound pack for he Cessna 172, this one is a good picked. Created by Turbine Sound Studios, you can expect to receive a high quality product. This particular soundpack, like many of the others offered by Turbine Sound Systems, is affordable and offers simmies a good buy. Again, if you want a quality sound pack, put this on the top of your list. The sound is of good quality and very true to form.

For more information and to purchase the Cessna 172 soundpack for FSX, click here.