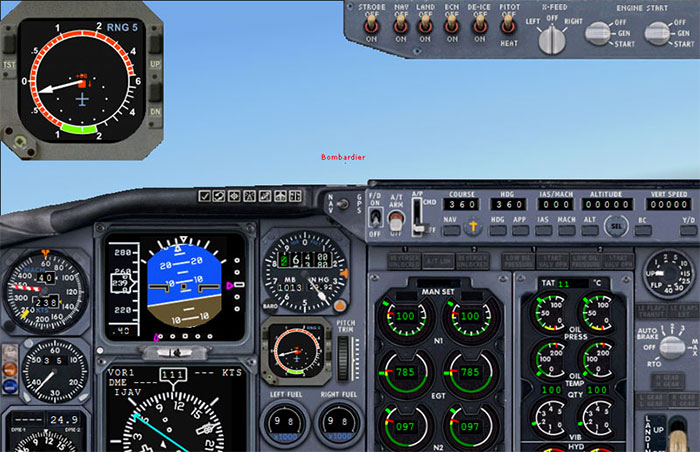 DBS Studio, developers of flight simulation add-ons have announced an update for their Universal TCAS system which fixes some small bugs and adds more definitions for some freeware and payware aircraft in Microsoft Flight Simulator X and 2004.

Detailed and stylish, this authentic take on the TCAS update helps to make sure that many small changes and issues have been fully corrected. This is going to make sure that you can get even more definition on both free and paid for aircraft, further amplifying the quality and consistency of your flight experience for years to come.

With small bugs being filled in and changed as well as fresh new definitions for both freeware and payware aircraft, this is the perfect choice for panels and virtual cockpits to feel as effective as possible. Many mods can lack a bit of added flair and touch, so this can be a great alternative to help prevent that lack of detail from being quite so obvious.

They’ve also made it easier to get a hold of the free copy of the TCAS System for using in custom panels and extra projects. You simply need to contact the development team via their site to let them know that you intend to use this and they can give you all the help that you need in locating and then using this TCAS mod.

Other updates have been released since, too, that adds various improvements. For example, adding the TCAS panel to large numbers of sections no longer causes the bugs and the faults that it once did. It also makes sure that the Clear of Conflict sound plays only when it actually is true – in the past, this used to sound at the wrong interval.

Two Definition Updates were included, also, which just improves the overall look of some TCAS update features. For example, it makes sure that aircraft such as the Carenado Cessna CU206G Stationair has the TCAS update fully implemented onto the panel and the Virtual Cockpit, alongside the PMDG Express Beechcraft B1900Da and the RealAir Beechcraft Duke B60.

While no changes or updates have been made in some time, you should definitely look to make the most of the DBS Studio’ updates if you are still a user of the TCAS add-on for FSX and FS2004.

We also have a TCAS radar screen application that's free to download in the library here.