After many years of SRTM (and its limits, such as availability of data just between 60° North and 60° South as well as resolution over all of just 76m) we leave it behind us and set foot to new shores. New much better data sources have been discovered and used.

So this is the first version of FS Global to offer a WHOLE world coverage including areas not covered by SRTM such as Antarctica, Greenland, Iceland, Russia and Scandinavia to name a few. In order to reduce data size we have selected the appropriate resolution for each area. It does not make sense to render the Great Plains in the USA or northern parts of Germany in a LOD 12 (9m) resolution. Flat is flat. Higher resolution here is not visible to the eye in Flight Simulator. It just needs more space on your hard drive and more time to load in FS. Bear that in mind when you read about resolution on this web site and others.

Below is a list of just a few improvements over previous versions of FS Global (so you get what was in the previous version PLUS that! e.g. we do not list the Alps in LOD 12, as they already were LOD12 in FS Global 2008) 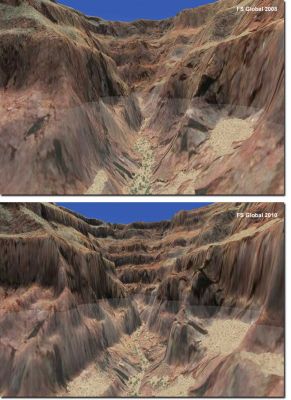 I suggest to pay more attention to cruising and approach charts, free and payware.