FSDG and Aerosoft have released an FSX version of Heraklion International Airport in Crete.

First opened in 1939, the airport went though several upgrades over the past decades. The first terminal was constructed in 1947. Between 1968 and 1971, the runway was extended, new terminal and other facilities were constructed, aircraft hangers and service roads were built. In 1988, new foreign departure and arrivals lounges were inaugurated. Between 1996 and 2005, the airport runway was extended further.

Recent statistics show that the airport handles about 43,000 flights and 5 million passengers every year. Heraklion International Airport usually experience congestions during the busy summer months when passenger traffic is high. As a result, plans are underway to build a new airport, Kastelli Pediados, which is expected to cost 1 billion Euros, and completed by 2015. The new airport will replace Heraklion airport.

Flight simmers can now enjoy this unique airport with Heraklion International Airport for FSX. With this scenery add-on, you can fly into Crete and enjoy its stunning beauty.

Crete, the biggest and most populous of the Greek island, is a popular holiday destination with a pleasant climate. With this product, you will fly into Crete and land on this beautiful airport in FSX and Prepar3D. This airport offers amazing scenic approaches in the Mediterranean.

Flight simmers love this product – some users of this product have positive reviews. Aleksandr Zhevnyak says,

Brilliantly performed by the airport scenario as accurately as possible gives incredible pleasure of using it in flight! Excellent purchase, without a doubt! Flight from Athens aroportu this great test of your flying skills. I am very pleased!

This product rocks. It's exceptional. If you like Greece and her islands buy it. It will work on all but the lowliest of setups (with some easy tweaking through the excellent interface provided). It works well with my freeware photo scenery and blends nicely at the boundaries. Just remove the freeware airport LGIR bgl's to avoid conflict.

Iraklio has been somewhat of a "Holy Grail" for me in FSX. I've tried them all (freeware and payware) and the results have been patchy to say the least. Now I don't need to look anymore as Aerosoft have excelled themselves with this...It’s like being there…

Purchase your copy over at SimShack. 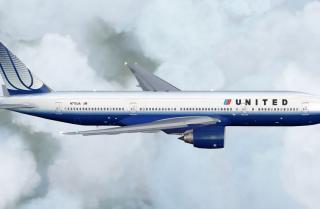