Here are the improvements which have been made over the default version:

First, before anything else, check to see if you have another Afcad file for KCLE previously installed. If this is the case, your old file (or files) must be deleted before proceeding with installation. That being said, perform the steps below:

Extract the contents of "aig_kcle_cleveland_hopkins_fsx_default.zip" to the main FSX folder (e.g. C:\Program Files\Microsoft Games\Microsoft Flight Simulator X), making sure that "Use folder names" is selected in WinZip. Then access your FSX Scenery Library and find the "Alpha India Group Scenery Objects" area located in your FSX\Addon Scenery folder. This area must be activated and placed at a lower priority level (below) the Addon Scenery area. After activation of your new area the new Concourse D should display when you next start FSX.

The model and texture files for Mr.Dhanen's ramp lights are contained within the Addon Scenery\scenery and Addon Scenery\texture folders and will not need to be activated in order to display correctly. Also included is another zip file within kcle.zip entitled "no_xwind.zip". This contains the files for the non-crosswind version of KCLE. Some people prefer this version, the reason being that in order for the crosswind runway to be active, some fake runways need to be created in ADE. As a result of this, Cleveland ATIS will call out the fake runways even though they are in reality not in use. Just replace the files "AIG_KCLE_ADE_CW_PF_Default.bgl" and "AIG_KCLE_ADE_CW_PF_Default_CVX.bgl" with the files in "no_xwind.zip".

The archive aig_kcle_cleveland_hopkins_fsx_default.zip has 23 files and directories contained within it. 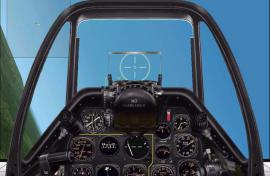