A repaint of Microsoft's default B737-400 model in Continental Airline livery. These textures do not contain mip maps for crisp clear textures. Textures by Tony Potter.

A repaint of Microsoft's default B737-400 model in Continental Airline livery. These textures do not contain mip maps for crisp clear textures. Textures by Tony Potter.

Screenshot of Continental Airline B737-400 in flight.

Installation (option 1) Aircraft will not be AI:
1. Unzip the file to a temp folder.
2. Copy the Texture.x folder to your fs2004/aicraft/b737_400. Rename the texture.x ('x' must be replaced by the next number in sequence).
3. Copy the [fltsim.x] text below, then open the aircraft.cfg in the /b737_400 folder find the last [fltsim.#] at the end (should be just above [General] section) paste the [fltsim.x] text. The three x's must be replaced with the number number in sequence.
4. Save aircraft.cfg.
5. Start Flightsim and go fly!

Installation (option 2) Aircraft will be AI:
1. Backup your default textture's and aircraft.cfg.
2. Unzip the file to a temp folder.
3. Copy the textures in Texture.x and drop them into the folder of one of your default B737-400 (fs2004/aicraft/b737_400/texture.?). Answer yes to overwrite.
4. Copy the [fltsim.x] text below, then open the aircraft.cfg in the /b737_400 folder find the [fltsim.#] that is equal to the texture folder that you ([fltsim.0] is texture [fltsim.1] is texture.1 and so on) The three x's must be replaced with the number of the [fltsim.#] that you replaced.
5. Save aircraft.cfg
6. Start Flightsim and go fly!

[fltsim.x]
title=Boeing 737-400 PaintX
sim=Boeing737-400
model=
panel=
sound=
texture=x
kb_checklists=Boeing737-400_check
kb_reference=Boeing737-400_ref
atc_id=N16301
atc_airline=Continental
atc_flight_number=1123
ui_manufacturer=Boeing
ui_type=737-400
ui_variation=Continental Airlines
description=One should hardly be surprised that the world's most prolific manufacturer of commercial aircraft is also the producer of the world's most popular jetliner. The 737 became the best-selling commercial jetliner worldwide when orders for it hit 1,831 in June 1987 (surpassing Boeing's own 727 as the previous champ). However, it wasn't always that way\s in the first few years of production, there were so few orders that Boeing considered canceling the program. They didn't, and the airplane has more than proven itself in over three decades of service. 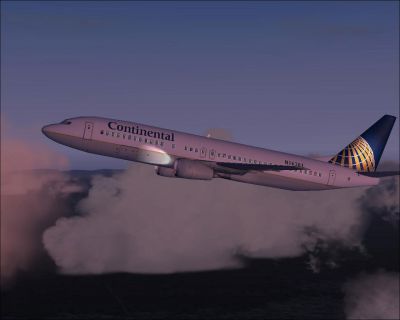 Screenshot of Continental Airline B737-400 in flight at dusk.

The archive b737_coa.zip has 13 files and directories contained within it. 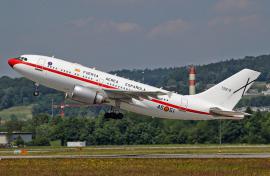