A repaint of the default B737-400 in Ariana Afghan livery. Includes reflective textures. By Fahim Safi.

A repaint of the default B737-400 in Ariana Afghan livery. Includes reflective textures. By Fahim Safi. 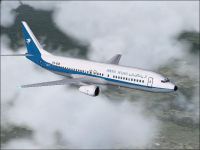 STEP 2: COPY THE FOLLOWING TEXT INTO YOUR "Aircraft.cfg" FILE IN YOUR "Flight Simulator 9/Aircraft/b737_400" FOLDER IN THE ORDER THAT IT COMES IN...... *NOTE* THE X IN "[fltsim.X]" MEANS TO CHANGE IT TO THE APPROPIATE NUMBER THAT COMES NEXT. FOR EXAMPLE, IF THE AIRCRAFT ABOVE IS "[fltsim.4]", CHANGE THE "X" IN THIS ONE TO "[fltsim.5]". WHICH EVER COMES IN ORDER.

[fltsim.X]
title=Boeing 737-400 Ariana Afghan Airlines
sim=Boeing737-400
model=
panel=
sound=
texture=ar
kb_checklists=Boeing737-400_check
kb_reference=Boeing737-400_ref
atc_id=YA-BAD
atc_airline=Ariana
atc_flight_number=1123
ui_manufacturer=Boeing
ui_type="737-400"
ui_variation="Ariana Afghan Airlines"
visual_damage=1
description="One should hardly be surprised that the world's most prolific manufacturer of commercial aircraft is also the producer of the world's most popular jetliner. The 737 became the best-selling commercial jetliner worldwide when orders for it hit 1,831 in June 1987 (surpassing Boeing's own 727 as the previous champ). However, it wasn't always that way\s in the first few years of production, there were so few orders that Boeing considered canceling the program. They didn't, and the airplane has more than proven itself in over three decades of service."

THAT'S IT! IT'S INSTALLED!

*NOTE* I do not claim any responsibility if it harms your computer. 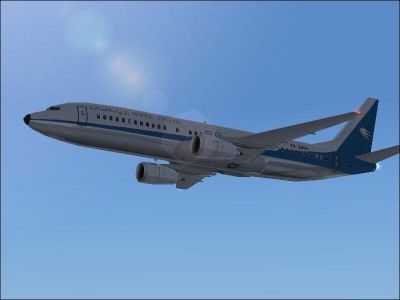 The archive ar4_737.zip has 16 files and directories contained within it.