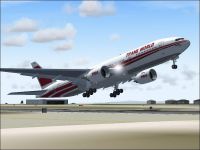 Just unzip this aircraft to your fs2004 aircraft folder.

In the aircraft menu the plane will appear under Meljet-Boeing 777-200ER- Trans World Airlines TWA.

TWA name and logo were taken off a real B742 photo making the plane look more realistic. 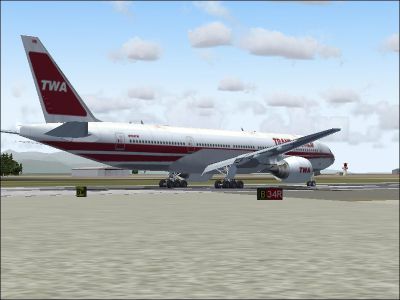 The archive twa7771.zip has 48 files and directories contained within it.