British Airways Boeing 777-236, registration G-ZZZA. Named 'Sir Frank Whittle' in the old British Airways Landor livery. Updated version with improved tail and other minor features. This rendition of the B777 has been completely built from scratch in Gmax and features a 32-sided fuselage and e...

THIS IS MY NEW UPDATED VERSION WITH AN IMPROVED TAIL, LOGO, PAINTWORK AND OTHER MINOR FEATURES!

British Airways logo and name were taken off a real B777 photo making the plane look more realistic.

These textures are freeware.

Logo's are property of British Airways. 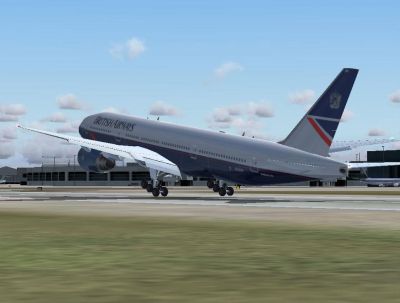 The archive ba7724.zip has 48 files and directories contained within it.