Textures only, requires Dreamwings ERJ-145 base package. This is the first aircraft to sport the new Luxair livery. Repaint by Olivier Gerardin.

Textures only, requires Dreamwings ERJ-145 base package. This is the first aircraft to sport the new Luxair livery. Repaint by Olivier Gerardin.

This is a repaint of DreamWings' great ERJ-145 in the new Luxair livery. You need the original ERJ-145 package by DreamWings, filename: dwerj145.zip.

Produced by Embraer, a Brazillian aircraft company, the ERJ 145 is a 50 passenger jet powered by two powerful turbofan engines. The sleek, narrow design of the ERJ 145 was originally launched in 1989 at the Paris airshow, and continued to be updated until 1991.

The final design, the result of extensive wind-tunnel testing, improved greatly on the earlier EMB 120. Two Rolls-Royce AE 3007-A1 engines power the aircraft, and are capable of generating thrust of 7800 lbs. It’s capable of generating a max payoff weight of 5909 lbs, and has a basic crusing speed of Mach .80, or 530 mph.

The aircraft depicted here is LX-LGZ; she went slightly off the runway during landing in sept. 2003 and went to repair, so Luxair took the opportunity to make it the first aircraft in its fleet to sport the new livery.

This repaint features accurate colors and markings, based on original information from Luxair.

1. Extract this zip file into a temporary folder and copy the texture.LGL folder into the ERJ-145 folder. Normally this will be: \aircraft\DWERJ145.

2. Copy and paste the following lines into the file aircraft.cfg, found in the ERJ-145 folder (replace the X with the next available number).

This repaint is based on the excellent DreamWings ERJ-145 paint kit.
Thanks to Luxair for providing me helpful paint scheme information.
Thanks to Airliners, the invaluable aircraft picture database.

The archive dw145lgl.zip has 19 files and directories contained within it. 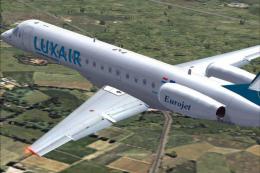 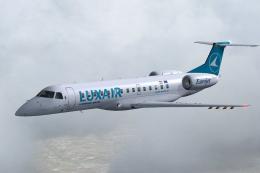 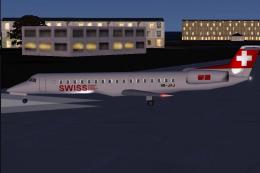 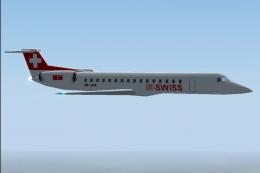 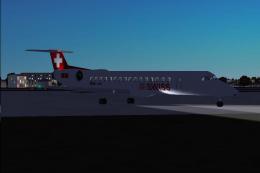 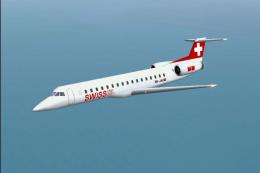 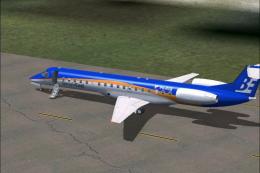 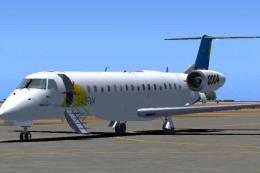 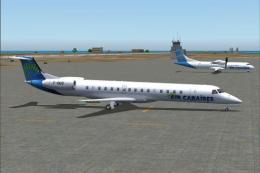