The first aircraft to enter was deliverd to FlyBe in mid 2006. The aircraft is the latest addition to Embraers production line and has over 160 orders from airlines world wide. I originaly downloaded this aircraft from Simviation, FS2004 Jets bud have modified it to suit FSX. Includes deafault FS...

File Contents
The first aircraft to enter was deliverd to FlyBe in mid 2006. The aircraft is the latest addition to Embraers production line and has over 160 orders from airlines world wide. I originaly downloaded this aircraft from Simviation, FS2004 Jets bud have modified it to suit FSX. Includes deafault FSX CRJ-900 panel and sound, plus thumbnail to apear on FSX's aircraft select list. Thanks to J R Lucariny for original FS2004 aircraft.

The archive FSXFlyBeERJ-195.zip has 61 files and directories contained within it.

As an aircraft that I can fondly remember being put together just a decade ago, the old Embraer ERJ-195 Flybe model is one that sticks in my mind. When I witnessed that someone had taken the time to make a full remake of it, I decided it would be remiss of me not to take a further look and see what it offered!

This aircraft was delivered in 2006 and since then I’ve always had a fond set of memories for it, for some reason. In total it took around 160 orders (so far) and was quite an impressive model for its time – however, I’d barely ever used one in simulation. I decided to download this FSX mod and see what how the Flybe model flew in a simulator.

The first thing I noticed was that this was an FS2004 mod bumped up and improved to work within the confines of FSX. This made a big difference to the overall enjoyment that I got from the aircraft as I soon realized that it would have some limitations in comparison to what I would usually have expected. This did not limit or hamper the level of performance, though!

It’s a lot of fun to fly around with despite it using an old CRJ-900 panel and sound set. However, given that it was just part of the aircraft and not the whole thing (and that the developer of this mod was using work from FS2004 as his base) it was still pretty damn impressive.

Alongside this, thumbnails appear on the aircraft select list so that you can spot it.

It performs nice and solidly, but it does have some limitations in terms of what you would expect from an FSX purpose-built premium model. For a free model that has been updated from an older simulator, though, this makes a lot of fun to fly around in. I would quite happily recommend this to anyone who is like me and enjoys using the model.

I can quite happily remember back to nostalgia, when this Flybe model was released to the skies! 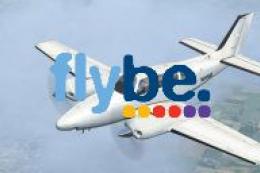 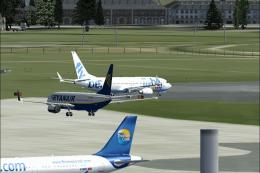 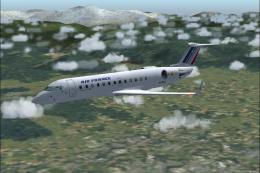 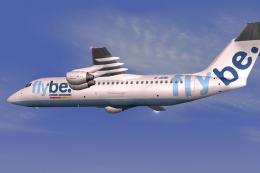 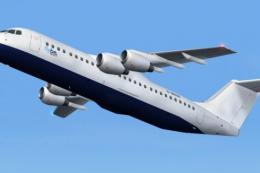 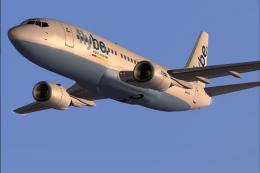 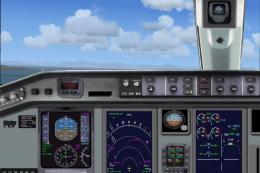 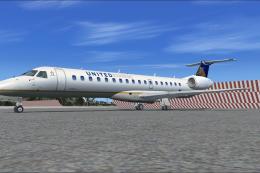 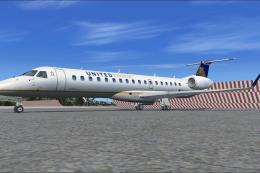 Nice job but it does not have VC.

Great addon, considering is very aliased to the CRJ_700. I personally added other sounds. Other than that the only (-) I find is the Flaps indicator in the panel doesn't show position lines...Only numbers; The CRJ's does show the lines; Wonder if this can be fixed?

airtours123Sat, 12 Jan 2008 19:23:51 GMT
love this plane, ok a little tail heavy, and the auto throttle do's not work for me. but it has to be one of my favourites, very well done. just please fix the auto throttle, this will be seen on gamespy as I use it all the time. that is gamespy is working correctly.