This is a fictional repaint of the Alphasim/Virtavia B58 as it might have appeared had it been bought by the RAAF and deployed to South-East Asia in the late 1960's. Two versions are possible: the 'texture.RAAF' folder represents the aircraft as operated by No. 6 Sqdn in the 1970's/80's and alter...

This is a fictional repaint of the Alphasim/Virtavia B58 as it might have appeared had it been bought by the RAAF and deployed to South-East Asia in the late 1960's. Two versions are possible: the 'texture.RAAF' folder represents the aircraft as operated by No. 6 Sqdn in the 1970's/80's and alternative fuselage_front_t/tailfin_t files are included to change the aircraft to a No. 1 Sqdn machine. The schemes are based on those carried by the RAAF's F-111's. Convair actively sought to sell the aircraft abroad in the late 1950's in light-weight stripped out version. The cost of these aircraft was prohibitive and none were sold. The Australian Government showed a fleeting interest but the project was dropped. These are 2048x2048 .dds files suitable for FSX only. By Dave Quincey.

Screenshot of RAAF Convair B-58 Hustler in flight.

These are 2048 x 2048 .dds files suitable for FSX only. The aircraft will portover quite well from FS2004; details of changes necessary are available on a variety of flight simulation forums.An FSX-native version is currently in preparation and it is anticipated that these files will fit the new model.

Unzip the folder 'B-58 RAAF' into a temporary location such as your desktop. Drag and drop the texture folder, 'texture.RAAF' ainto your Alpha B-58 folder then copy and back up your aircraft.cfg file. Note that this folder contains only the essential files for the external model; it also contains a texture.cfg file pointing at 'texture.2AF' for the remaining files. You can alter this to point to whichever folder has the remaining files or copy and paste them from another texture folder. Finally paste the following lines into the original aircraft.cfg file.

Replace the [fltsim.xx] with the next variation number and save.

This repaint is based on the Alphasim/Virtavia repaint kit by Frank Safranak.

This repaint is freeware.

The archive b-58raaf.zip has 21 files and directories contained within it. 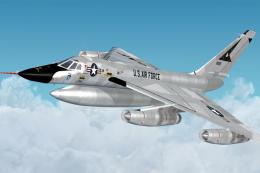 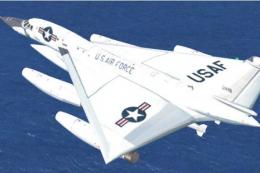 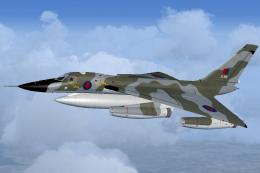 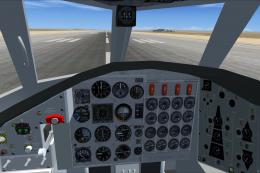 Update For The Convair B-58 Hustler 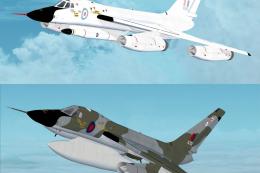 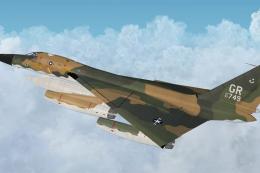 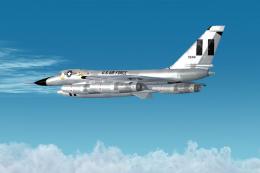 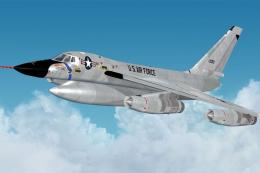 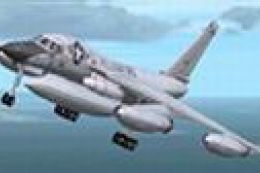