Dornier Do 17 with accurate bombing from 12000 feet or 100 feet. Simulating the Dornier Do17 raids on "The Hardest Day" 18 August 1940 (RAF Kenley) and the "Battle Of Britain Day" 15 September 1940 (Battersea Railway Station) but using the power station yard as a target so as not to drop bombs on...

Dornier Do 17 with accurate bombing from 12000 feet or 100 feet. Simulating the Dornier Do17 raids on "The Hardest Day" 18 August 1940 (RAF Kenley) and the "Battle Of Britain Day" 15 September 1940 (Battersea Railway Station) but using the power station yard as a target so as not to drop bombs on people or modern day infrastructure. This Do17 is an update, with permission, of the A.F. Scrub Dornier Do17Z-2. A bomb aimers view has been added and tools provided to achieve impact accuracy on a target 64 feet wide from 12000+ feet. A low level bomb sight (100 feet) is also provided. The aircraft is set up to only use a bomb from the Chris Sykes Weapons Package (WEAPONS4.ZIP). The provided flight plans contain the necessary text to activate the bomb. A manual is provided together with a short video illustrating the technique and outcomes from the training flights. It is easy to drop a bomb in FSX but quite something else to do it with such accuracy. A development of the CFS1 Lancaster ideas working in FSX. A package and update by Ross McLennan. 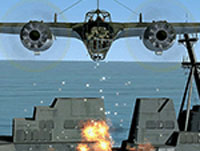 Screenshot of Dornier Do 17 in flight, firing weapons.

Unzip to a clean temporary folder and the following folders/files will be found.

If you are using VFR scenery for the UK, move the contents of the VFR folder to your FSX Addon scenery folder.

If you are using MS default scenery, move the contents of the MS default folder to your FSX Addon scenery folder.

DO NOT INSTALL BOTH VERSIONS.

When you fly next, activate the scenery before flying the Dornier. IN BOTH CASES MAKE SURE THE KENLEY VIEWS FOLDER RESIDES ABOVE THE Do17 Project Addon folder in the scenery list.

FLIGHT SIMULATOR X FILES. Move the contents of this folder to your saved flight folder of similar name.

All flights have been flown in both VFR & default scenery using group 1 & 2 screen settings. My last flight in Group 1 before uploading resulted in two direct hits of the Battersea Power House marker. The training flights have been flown in Group 3 & 4 and speed recommendations are noted in the Manual. You will however need to verify the required speeds on your system.

Move the contents of this folder to your FSX Airplanes Folder. As well as the Do17 two other folders are present. The static Unimog viewing Ai and, because I could not use the 1940 British Fairy Swordfish, a FSX default Beaver is substituted as a static viewing Ai.

Do17 Project manual - accurate bombing is not something you just jump into a cockpit and achieve. CFS1 was the same and there is no difference in FSX. Please read the manual and take note of the warnings in red. Failure is assured if you do not do so.

The video: play this in your media player. It was shot during development and changes in panel design have occurred but the intent and outcome is the same.

If you experience low frame rates and jerky scenery when attacking Kenley de-activate the Kenley Views scenery. This will remove the aircraft and unimog vehicle and increase the frame rate. In this case Traffic Views will only be available at Recluver during training.

Traffic views require computing power and the scenery may take time to catch up. You may find that the viewing object is below the terrain surface until it all catches up (sometimes never).

It is not possible for the simmer to easily over-ride the FSX default settings for the traffic view. The zoom setting is by default 1.0 and that is seldom what is required. You will need to choose your own view at the time, zoom, skew and rotate to suit the situation.

It is important that you heed the warnings in the manual and ONLY fly the aircraft using the provided flight plans or there will be no bomb on board for you to drop. The FP's also set the aircraft up correctly to achieve the accuracy shown in the images and in the video.

Just flying from any old airfield will NOT set the views correctly and you cannot just adjust them to suit what you think is correct.

Flying on autopilot at high altitude may involve a learning curve. Do so in the training flights before attempting the 1940 attacks.

The archive z_do17_project.zip has 10 files and directories contained within it. 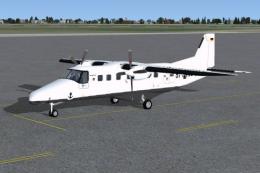 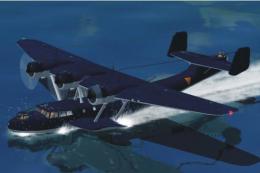 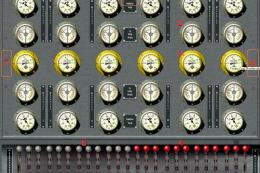 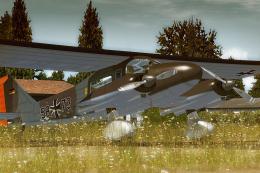 Luftwaffe Dornier Do 28 A 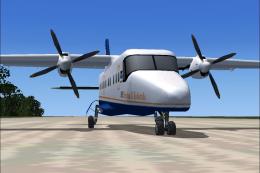 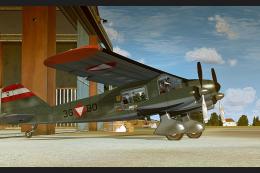 Austria Air Force Dornier Do 28 A 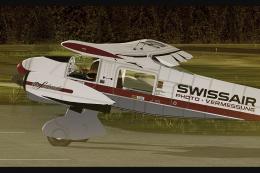 Swissair Dornier Do 28 A 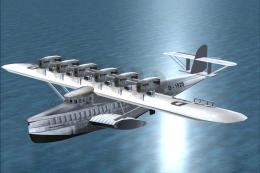 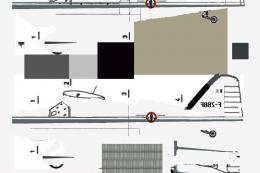