Textures only for the default DC3. This set of repaints depicts the aircraft in both the early and later Derby Airways liveries. By John Payne. 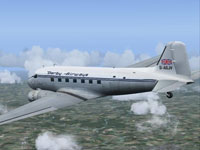 Derby Airways was registered in 1959 and took over all services and aircraft previously operated by Derby Aviation. Derby Airways fleet of DC-3's reached a total of 8 for the 1961 season but one of those aircraft was destroyed in a crash in October of that year. The remaining 7 DC-3's continued with the airline well into the 60's by which time the airline had changed it's name to British Midland Airways. The last DC-3 was disposed of by British Midland in 1969. This set of repaints depicts the aircraft in both the early and later Derby Airways liveries.

The archive derbydc3.zip has 197 files and directories contained within it. 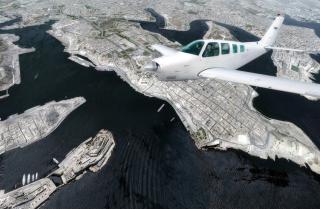