Keep the speed down, it will do over 85 mph, sometimes.

From wherever you start your test drive, taxi, I mean drive off the airport property to a highway or street and stay in your lane and stop at stop lights.

It is unknown if the new owners in Atlanta did any of this, but I was compelled to make it fly, so it is a hypothetical improvement.

Reduced drag from 6 wings to one sweeping wing

Added duct around the engine to protect pedestrians.

A note about the new HUD:

display from a laptop and used the display for a HUD, you would have a multicolor high-resolution display.

If you remove the back and change a few layers, that should work nicely.

Another great idea of mine. In 2016 that type of HUD display was granted a patent. And will show up on most aircraft very soon.

Installation is via stick-on strips and a cable to the electronics.

Best of all it can be stuck anywhere on the windshield, pilot or copilot or both!

The archive skorback.zip has 47 files and directories contained within it. 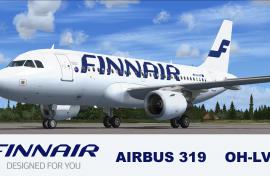