File Contents
FS2004 Weather3 - 39 weather themes for FS2004. A complete revision of the previous releases; 15 new themes have been added. File sizes have been greatly reduced. By Adrian Shortall.

39 WEATHER THEMES FOR FS2004
This pack contains a complete revision of the 2 earlier theme releases (weather1.zip & weather2.zip), plus 11 new winter themes, and 3 new miscellaneous themes. This revision has greatly reduced the individual and total file sizes.

OVERVIEW:
The weather themes in this pack are suitable for VFR & IFR simming within FS2004.

TO INSTALL:
1. If you are installing these themes for the first time:
Move or copy all files from the 'Weather' folder to your FS2004WeatherThemes folder. That's all. The themes will then be available from the menu in World--Weather.

2. If you have one or both of the previous releases:
You might care to archive the previous versions, in the event you prefer some of those to the current release. However, I doubt that you'll find any of the older versions better than the new.
Overwrite the old files with this release in your FS2004WeatherThemes folder. You will notice a marked reduction in total file size.

Deletion: I've deleted the earlier themes 'Cirrostratus' and 'Ice Aloft' from the package.

TO ACTIVATE:
From the World menu, choose Weather, and select a theme from the list provided.

TO UNINSTALL:
Each theme consists of 3 files: a .wt file, a .WTB file, & a .bmp file. If you dislike a theme and wish to delete it, simply open your FS2004WeatherThemes folder and remove the 3 files associated with it.

For handy reference, you might wish to print this document.

LIMITATIONS:
Although FSim has made significant advances in recent years, many major improvements remain to be realised. These include the weather engine, ATC, mesh accuracy and landclass fidelity. Some limitations will likely remain endemic. For example, although airport elevations in the sim are mostly accurate, low-level mesh data often puts airports in deep holes, and the colossal file sizes of accurate mesh data practically preclude much improvement in this department. In the weather department, we still lack volumetric clouds, ATIS accuracy, an accurate portrayal of weather theme data, realistic virga, realistic thunderstorm depiction, etc. The weather themes in this pack are subject to these limitations.

DISCUSSION:
Some of the themes produce weather not immediately apparent, but encountered in flight. Others resemble Microsoft's default set, with conditions globalised and more or less apparent from the outset. Also, refer to the notes on 'RAM data retention' below.

In the following descriptions, I have suggested the appropriate season for each theme, the possible flight rules (IFR or VFR), and my estimate of each theme's Degree of Difficulty (DOD), ranging from 1, easy, to 10, very difficult. You should set the appropriate season in the FS9 menu choice--Time & Season. The difficulty level will be especially relevant for simmers who use addon-programs that penalise flight errors.

THE THEMES:
1. Altocumulus. Cumulus cloud to 5 oktas with a bilayered effect, light winds and high visibility. The display is especially spectacular around dawn & dusk. Lower level cloud will be to ground over high terrain. VFR flight in clear sky can be conducted below/between/above the layers. Late spring, summer, early autumn. DOD: 1.

3. Charlie Bravos Ahead. Features scattered thunderstorms at mid-altitudes, encountered around 40nm from your departure point. CAUTION: The realistic temperature decrease with altitude means that icing is probable in rain above the freezing level. If your aircraft is not equipped with anti-icing, avoid such flight, or detour around the storm cells. There should also be minor barometric fluctuations in stormy regions. Summer. IFR or VFR. DOD: 6-8.

17. Mean Cold Front. A cold front confined to a band around 50nm wide (you can fly through it). Winds variable southerly. IFR or hazardous VFR. Summer. DOD: 6.

19. Precison Approach. A more severe variation of 'Solid IMC', described below. Here, ground visibility is down to 1nm (approx. 1.6km). Precison instrument approaches are required at all airports equipped with them. Winds are northerly L/V. Early spring & autumn. DOD: 10

23. Southerly Buster. Nasty sheer and turbulence here in a band around 40nm wide, primarily a problem if you have to land within it. Summer. IFR or VFR. DOD: 6.

24. Squall. This theme features testing weather that has settled over a trough, approximately 80nm wide, around 30nm into your flight. Low stratus and heavy cumulus both produce heavy showers, without icing. Winds are swinging southerlies to 45 knots, with gusts to 25 knots. Weather beyond the trough is fairly settled, though with minor barometric fluctuations requiring frequent altimeter attention. Summer. IFR or hazardous VFR. DOD: 5-8.

25. Summer in Dubai. A theme for hot, dry regions, especially deserts in summer. Apron temp. is 45*C; wind is light & variable; visibility unlimited. Expect some performance loss due to the conditions. IFR or VFR. DOD: 2

WEATHER ISSUES
1. ICING
FS9 simulates 2 kinds of icing: pitot freezing and airframe ice. The effects can be dramatic (and lethal!).

A. Pitot tube icing instantly produces a loss of indicated airspeed (IAS). If throttle/power is coupled to the autopilot/flight director, there is an immediate turbine/engine surge because of the apparent zero IAS, and V(N) can rapidly be exceeded. Unless hearing-impaired, you should hear the resulting surge.

The fix involves preventative and immediate actions.
Prevention:
(1) Never fly in known or possible icing conditions if your aircraft is not equipped with pitot-heat and anti-icing;
(2) Study the weather forecast (or theme) prior to flight, and visualise the probable impending conditions;
(3) IMPERATIVE: Know your aircraft's throttle/power settings to produce a required IAS at takeoff, in cruise, and on approach to landing;
(4) Consistently monitor the outside air temperature (OAT) and weather, especially for signs of precipitation at or above the freezing level; and
(5) Consistantly scan the panel, to detect the zero IAS.

Immediate action:
Uncouple speed control from the autopilot/flight director, and reset the power % or rpm to the desired level. Thereafter, 'hand-fly' the aircraft until you are into non-icing conditions. Assuming the aircraft is not iced, the altitude hold, etc, is not affected by icing conditions. Never trust a 'returned IAS' unless you are in non-icing conditions--the pitot often re-freezes. The IAS loss is especially problematic in the landing phase. Here, your GPS can be invaluable. A few glances at it will reveal your ground speed. This, combined with an allowance for wind speed and direction, gives a fairly accurate indication of airspeed. Similarly, if your aircraft lacks one, a windspeed/direction indicator (an addon available at major sim websites) is a valuable instrument in these circumstances.

B. Airframe icing produces a gradual decrease in airspeed (indicated or not) and a rise in aircraft pitch, both towards the stall. At the stall, your aircraft's response will depend upon its forward or aft COG. I fly the Stratojet Excalibur, which has its engines (and COG) far aft, and controls pitch via (nose) canards. At the iced-stall it pitches up, loses all pitch control, sinks aftwards, and no amount of power can undo the stall.

2. ATIS AND THE THEMES
The departure & arrival ATIS often bear no resemblance to the current weather theme, regardless of how long the theme has been active. For example, after a 500nm flight you will arrive to find the ATIS declaring "No cloud beneath 20,000 feet; visibility 20nm," when the airport is obscured by heavy rain from thunderstorms. This appears to be a bug or sim anomaly. Similarly, the active runway is often contrary to the prevailing wind, and you might be compelled to land with a 20-30 knots tailwind. This is especially the case when AI aircraft are using the airport. Evidently, the sim's ATC cannot divert AI aircraft from an assigned runway, which remains active regardless of changed weather conditions. As far as I can figure it--and feel free to comment on this--there appears to be a 128nm 'active runway radius'. Any AI aircraft within the circle defined by this radius keep the assigned runway active, so that, at busy airports, it never changes, regardless of changed weather. You can test this for yourself. The longest I've waited for a runway change due to changed wind direction at a busy airport is 3 hours . . . but in vain.

3. LAPSE RATE, DEWPOINT & CLOUD
From my observations, in most situations the sim uses the Standard Atmospheric Lapse Rate (SALR) of around 2*C per 1000' change in altitude--cooling on altitude increase, warming on decrease. Cloud more or less appears at the dewpoint set in the theme, not automatically at 0*C. The sim radically alters the lapse rate according to the surface pressure setting, and sets clouds far beyond parameters set in the theme.

4. SITUATIONAL AWARENESS
Situational awareness applies in all themes, just as it does in real-world flight. For example, cloud 5000' AGL at a coastal resort could be cloud-on-ground at high-altitude airports.

SUNDRIES
PRESENTATION. Since clouds feature in most of the themes, you might need to experiment with weather settings to obtain the best FPS. A high setting for cloud density is especially hard on the frame rate, whereas a high value for sight-distance appears to be much less so.

The weather change-rate (in Options/Settings/Weather) is a matter of personal preference. However, the MILD setting somewhat diminishes effects set in themes, whilst VERY HIGH produces abrupt, unrealistic transitions. That said, regardless of the setting, FS9 still has trouble smoothing transitions between weather regions (grids 16km x 16km), especially where dramatically different conditions prevail. Hence, experiment with the various change rates and find one to your liking.

RAM DATA RETENTION. FS9 is notorious for refusing to RAM-dump, even after closing. This causes data from (1) a current weather theme or (2) a saved situation including its weather, to be retained in the next chosen theme. Apart from making scenery designs and weather themes very difficult to flight-test and debug, this causes several anomalies. (1) The weather becomes infuriatingly unpredictable. (2) If you are flying IFR, any variant altimeter settings will cause ATC to zap you with the dreaded "above/below your assigned altitude." Tapping the <B> key fixes this. (3) It produces weird situations. For example, an airport set to IFR minima in a theme will suddenly appear in brilliant sunshine, with ATC denying landing permission to VFR aircraft! I've not found a fix for this problem, which also occurs if you choose and set 'User Defined Weather.' However, during longer flights ( >200nm ), the sim usually restores the chosen theme, though the arrival ATIS typically remains bizarre.

HIGHLY RECOMMENDED:
1. "Xtreme Real Life Lightning 2 FS2004" by Sim Aero Pilot 2004, obtainable from the major FSim websites. Derived from actual lightning strikes, the textures are far superior to the default ones, with dramatic effects in cumulonimbus conditions. The near-aircraft strikes are astonishing.

I hope you enjoy these themes.
Adrian Shortall.

The archive weather3.zip has 124 files and directories contained within it. 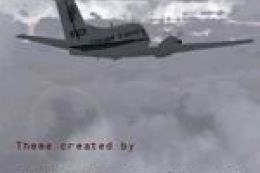 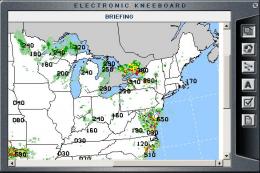 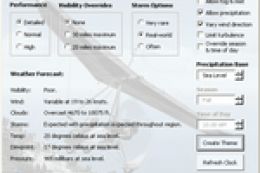 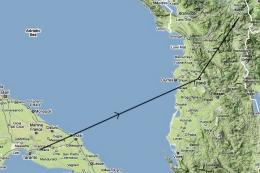 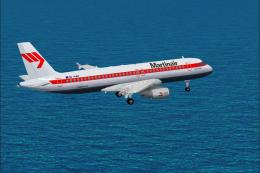 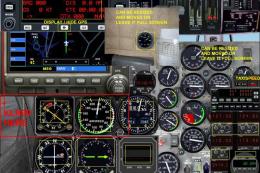 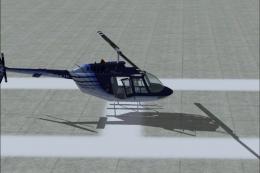 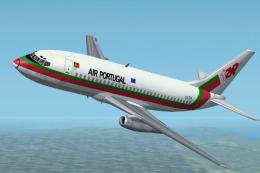