Thank you for downloading the SIMSHED C-130 Royal Danish Air force! This package features a complete model from SIMSHED, with everything what's needed to fly this aircraft in flight simulator. Aircraft features one Royal Danish Airforce livery by Claus Vendelboe Holmberg, based on modified RDAF ... 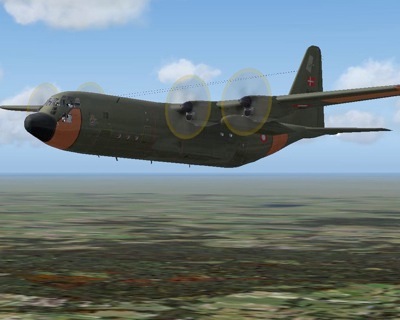 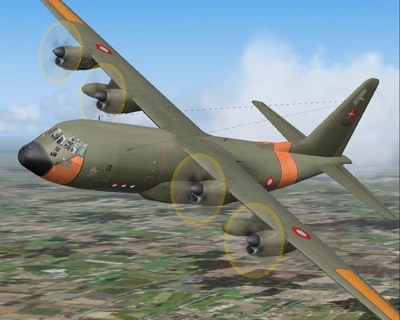 The archive c130rda3.zip has 323 files and directories contained within it.

As a big fan of how realistic flight simulators have become, sometimes I like to go back and look at my older simulations to see the massive difference in realism and quality.

However, one thing I tend to pick up – particularly with this mod itself – is the fact that whilst things look awesome today, older models and systems aren’t the graphical letdown you might expect.

It would appear that for the best part of a decade we haven’t seen any quantum leaps in the way that flight simulation tends to work, thus putting a lot of people off jumping to the next system.

So, if you still enjoy a bit of vintage aviation in the form of FS2004 then you might want to download this package. It gives you access to the rather awesomely named C130 Hercules, in its Royal Danish Air Force design. This looks excellent, and really captures the features and design of the real thing to give you a total appreciation for just how awesome this looks.

It’s fresh and engaging, and it also makes it easier than ever before for you to buy into the style and the class of the aircraft itself. I instantly found myself a major fan of its work, and then also decided to try and get into how it would fly. This was just as easy to do as the comfort in flight was only improved by the great attention to detail of the guys who worked on it before.

Thanks to the work of the team behind it – and there were plenty of people involved, with the likes of Brian Franklin and Claudio Sanchez involved – this flies like a dream. The flight dynamics are every bit as impressive as the aircrafts look and feel, adding extra hype and detail to the model and making it come across in the most wonderful way possible.

You can find yourself gazing and gawking at the cockpit one minute, impressed at the detail and design in a decade-old simulator, whilst also getting to enjoy a flight that feels just the way that it should.

Indeed, this does a great job of capturing that kind of flight style so synonymous with larger aircraft. It can all feel a bit bulky at times, but this really does a grand job of capturing the quality of the cockpits various functions and features, giving you total access.

Everything comes alive thanks to this system, ensuring that you feel totally in control of the situation. It’s very easy to get into the aircraft without having some super in-depth knowledge about how it flies or how it should work, as everything is clearly laid out in the way that a real aircraft is. Therefore, you can feel fairly new to everything going on around you and still get a lot out of this aircraft; the attention to detail and the extra features will please flight simulation veterans, but it’s depth and extra will ensure newbies can have fun with it, too.

HI, have you a new version with FSX ? Thanks

Does not work well for me. I get the panel but no instruments except the NAV/GPS.