Since the demise of Project Airbus I've had these NWA packages on my hard drive which I customized to fit my needs.

This zip file includes the PA model, and textures, and CFG files needed which when installed will merge the default A321 VC with the PA one - no need to do anything on your end.

Extract to FSX/SimObjects/Airplanes folder, select "use folder names" while unzipping and everything will go to its respective folder.

Feedback and Suggestions: Users are encouraged to post their feedback and opinions on the Project Airbus Forums located at http://www.oxidesigns.com/projectairbus/. 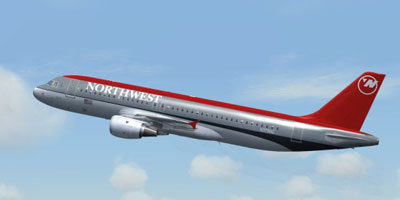 The archive paa320nwa.zip has 180 files and directories contained within it.