Air Arabia Maroc A320-214. This is a repaint of Project Airbus A320-200 model in the colors of Air Arabia Maroc, registration CN-NMC. All 32 bit textures. Repainted by Mohammed Al-Khalifa.

Air Arabia Maroc A320-214. This is a repaint of Project Airbus A320-200 model in the colors of Air Arabia Maroc, registration CN-NMC. All 32 bit textures. Repainted by Mohammed Al-Khalifa. 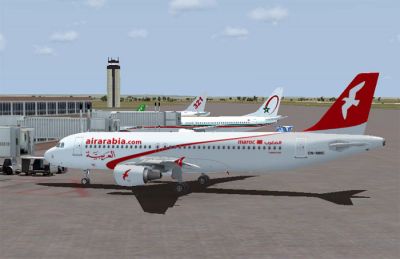 The archive mak322.zip has 51 files and directories contained within it.

It is cool to see an Arabian plane but it has no interior which is sad because I wanted to do a full flight from Jordan to Sharjah int that's the most used flight for Air Arabia.