Air India Airbus A321. Repaint for the Project Airbus A321 IAE model. Model and default A321 VC included. Repainted by Yash R Shinde.

Air India Airbus A321 taking off. 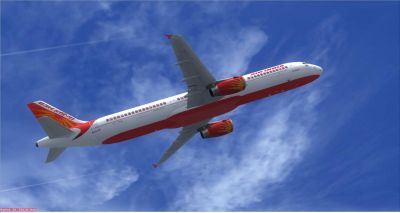 Air India Airbus A321 in flight.

The archive pa321_airindia.zip has 51 files and directories contained within it.