Hawk T1 - 90 Years Anniversary. A repaint for the Sky Sim Hawk T1A - front seat only. A texture from the 208 Sqn 2006 Anniversary Hawk aircraft which was based at RAF Valley. This Hawk was used as one of the display aircraft for 2006 for the UK airshows. By Gordon Barnes.

1. Copy the folder - texture.xx205 into you skysim Hawk T.Mk1 FrontSeat folder.
2. Add the following to the aircraft file, where xx is the next sequential number. 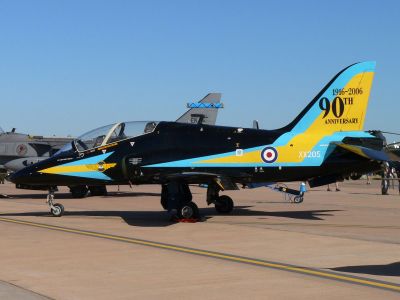 The archive hawk_90years_xx205.zip has 11 files and directories contained within it.