RNZAF F-16 Viper Repaints. Two fictional Royal New Zealand Airforce repaints for the Lockheed Martin F16 Fighting Falcon (Viper) by Kirk Olsson adapted to use in FSX by Danny Garnier. For those that don't know, New Zealand had signed a deal for 28 F-16 from a cancelled order for Pakistan. Unfortunately a change of government to Labour meant the last minute cancellation of the deal and full disbandment of New Zealand's Jet combat Squadrons. This is to be used with KF16-1.ZIP by Neal Newbill or any of the other Kirk Olsson Vipers updated for FSX. By Daniel McCarthy. 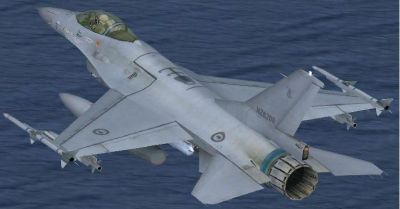 The archive rnzaf_viper_repaints.zip has 99 files and directories contained within it.