Handley Page HP-80 Victor K.MK2 Upgrade. This is an uprade for the FS2002/FS2004 Handley Page HP80 Victor made by Kazunori Ito (HP80VICT.ZIP) which you need to download. The flight dynamics have been made by Jean-Pierre Bourgeois and Benoit Dube, the XL231 texture by Marc Hardouin, the sound by J...

Handley Page HP-80 Victor K.MK2 Upgrade. This is an uprade for the FS2002/FS2004 Handley Page HP80 Victor made by Kazunori Ito (HP80VICT.ZIP) which you need to download. The flight dynamics have been made by Jean-Pierre Bourgeois and Benoit Dube, the XL231 texture by Marc Hardouin, the sound by Jean-Michel Renaux, the 2D panel and gauges by Jean-Pierre Langer, all members of the Restauravia Team. As the model is not an FSX native one, it has no VC.

One of two bombers designed around Specification B.35/46, the Handley Page H.P.80 later named the Victor was the last of the V-bombers to enter service with the Royal Air Force. The Avro Vulcan, to the same requirements, had become operational in mid-1956. Technically highly advanced for its time, the prototype WB771 powered by Armstrong Siddeley Sapphires 100 series engines (first flown 24th December 1952) was designed to operate fast and high, above virtually all known defences. As it turned out, when the aircraft did finally enter service in 1957, it had been overtaken by fighters and missiles some capable of interception at its designed operating altitudes.

By 1954 design was in hand on the Victor Mark 2, and the first Victor B.Mk 2 flew on 20th February 1959. This larger version was much heavier and more powerful, the engines being 17,000 lb Rolls-Royce Conway Mk 103 turbofans. Changes compared with the Mk 1 included greater span, larger air inlets, a dorsal fillet forward of the fin and a retractable scoop on each fuselage side to supply two turbo-alternators for the totally new electrical system. A Turbomeca Artouste gas turbine in the starboard wing root was the APU (auxiliary power unit) which could supply electrical power in emergency and on the ground as well as air for starting the main engines. A retro fit programme at HP Radlett lead to the fitting of the Conway 201 engines , the Blue Steel system and for the B(SR)2 aircraft the reconnaissance package along with many other improvements Armament was the Hawker Siddeley Blue Steel stand-off bomb (air-to-surface missile), which became operational in February 1964 with No. 139 Sqn at Wittering. Two years earlier this squadron had been also the first unit to receive the updated Victor. Although considerably improved, the Victor B.Mk 2 was no less vulnerable at height, and the aircraft's role was changed to include low-level attack, and only 34 were built, 22 being cancelled.

The Victor B(SR).Mk 2, a strategic reconnaissance version of the Victor B.Mk 2, had the primary role of high-altitude maritime reconnaissance. A single aircraft could radar-map the entire Mediterranean in one seven-hour sortie, and four could map the North Atlantic in six hours, photoflash bombs permitting night operations. A number of Victor B.Mk 2s were converted to the strategic reconnaissance role, and 24 Victor K.Mk 2 tanker conversions of the B.Mk 2 and the B(SR)2 continued to play an important role in the RAF, serving with Nos 55 and 57 Squadrons and No. 232 OCU. The Victor K.Mk 2 is a complete rebuild, by British Aerospace at Woodford, with three hose-reels and reduced wing span lasting inservice from May 1974 with 232 OCU until 15th October 1993 when 55 Squadron disbanded and the surviving aircraft were withdrawn from service and disposed of.

Armament:
Various nuclear or conventional weapons, including up to 35 1,000 lb bombs or one Blue Steel Mk 1 air-to-surface missile semi-recessed beneath fuselage.

Please copy all files in the \gauges folder onto the gauge in the Gauges folder of FS2002 or FS2004.
A general gauge is saved for the gauge bundled this time.
Concorde, Beach_baron, EXTRA-300 gauges are necessary besides the bundled gauge.
It is necessary to introduce no possession of these gauges separately. 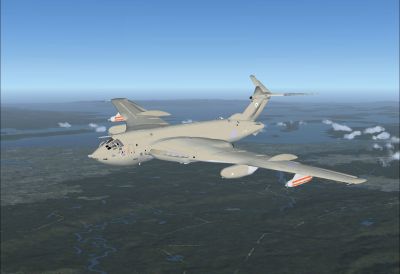 The archive hp80_k2x.zip has 53 files and directories contained within it. 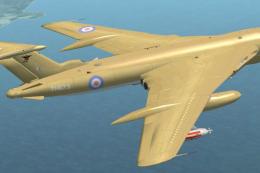 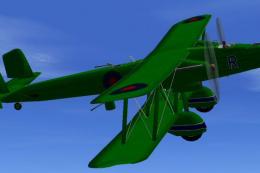 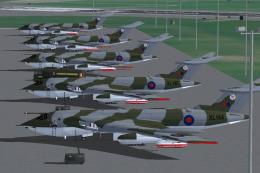 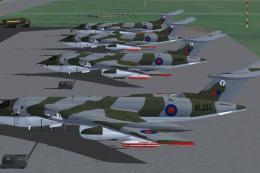 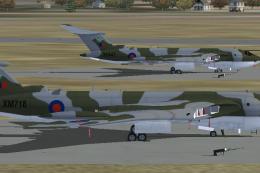 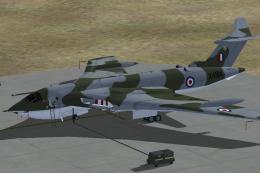 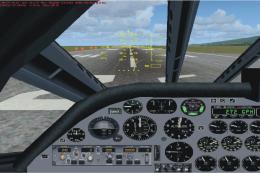 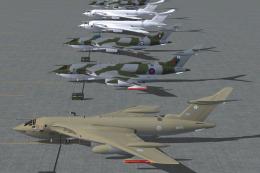 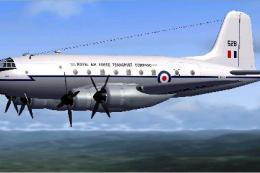