A challenging mission usng A-12(Piglet), EH101(FSX), and SF-MKII(Piglet), CR-14(Piglet), Battlestar(Bruce F.). Takeoff from a non-moving carrier with fellow A-12's. Fly tail in diamond formation, maintaining a 500 foot radius behind A-12 lead. Cylone Raiders are approaching, when contact is es...

A challenging mission usng A-12(Piglet), EH101(FSX), and SF-MKII(Piglet), CR-14(Piglet), Battlestar(Bruce F.). Takeoff from a non-moving carrier with fellow A-12's. Fly tail in diamond formation, maintaining a 500 foot radius behind A-12 lead. Cylone Raiders are approaching, when contact is established caos follows, evade asap. Fly to either a designated airport or land on the moving carrier in the A-12(Reward). Switch to the EH101 and fly rapidly to the Battlestar. During your return the Cylone Raiders are looming and trying to attack you. evade at all costs. The Battlestar is docked safely at 10,000 feet ASL. Land on the designated Green Arrow or Point of Interest. Switch to the SF-MKII. Proceed to takeoff POD. Launch and use your compass to search and destroy the Cylone Raiders. Destroy all(Reward) and either return to the moving Battlestar(Reward) that is cruising at 100 knots, or land at the designated airport and park safley to complete the mission(Reward). This would be advanced due to Carrier Landings in A-12, and Battlestar landing in the SF-MKII, Save often using the semi-colon. Good Luck.

# The A-12, SF-MKII, & CR-14 where all designed and developed by Piglet "Tim Conrad".
# The Batttlestar was created by Bruce Fitzgerald.
# The Mission Editor & SimVar by Jim keir is used to get the aircraft to follow the user and to make AI explosion effects.

Proper installation is imparitive to make everything work correctly, please follow the Install doc included closely. Always make backup of any Aircraft.cfg files. A Message will be display to accept the SimVar, simply click on yes, this will load the SimVar execultable in an Extensions directory that will be created in your FSX Root Directory. Also a exe.xml will be created in the same directory as you fsx.cfg file is located. Happy Flying.

Hopefully everything is tact. Please use the executable to install the ETFsx Directory into your Mission Directory under the Military folder, ie, /Microsoft Flight Simulator X/Missions/Military/, you should have a Directory called ETFsx. Make sure the rewards from the Rewards Directory where moved to your FSX/root/Rewards directory by the Installation, There should be 4 total, etfsxbsgrw.RWD, etfsxcdrw.RWD, etfsxlandrw.RWD, etfsx.RWD

# Once everything is installed you will want to create a backup of each Aircraft config files for the CR-14 and the A-12, located in fsx root/SimObjects/Airplanes/CR-14 & A-12A. The reason for this is the SimVar Executable by Jim Keir requires a Unique ID name for each Aircraft using the TRACk Function in a Custom Action. Also make a backup of the sim.cfg file located in the fsx root/SimObjects/Boats/BSG-TOS_AI. All I did here was move the BSG to 10,000 feet.

# Once you make a backup of Each Aircraft.cfg & the sim.cfg file copy the one provided in the Missions/ETFsx/ConfigFiles/SimObjects/Airplanes & Boats Folders, that I provided to the -> SimObjects/Aircraft/CR-14 & A-12A and SimObjects/Boats/BSG_TOS-AI Folders.

# That should be it, Launch FSX, if you receive a Message Concerning the SimVar executable just say yes. When you are done with the mission and you would like to delete, simply remove the Extensions directory in your Main fsx root directory and delete the exe.xml directory in the same folder as the fsx.cfg file is located.

# If you find that the CR-14's do not follow you after the changes recycling FSX may be a good thing.

Mission Sequence of Events -
# Start off on Deck of Non-Moving Carrier in A-12, you are A124.
# Wait for Co-pilot to give the OK to roll to Cat1 (Has the Flashing White Light on it).
# Roll up to Cat1, Co-pilot will inform you to press Shift-I to Raise Blast Shield. Do not need to Drop Bar in A-12.
# Full Throttle, Shift-Space Launch Cat off of Cat.
# As soon as Airborne A121 Lead will inform you he is Coming on your 6.
# Join the Formation, tail in Diamond. Stay withing 500 Square feet of Lead.
# If you fall back, you will have 60 seconds to get back in formation.
# The rest will Follow, Will not tell what happens next, have Fun.

Landing the SF-MKII on Battlestar ->
# This is hard, took me awhile to get it, to land on Battlestar is relatively easy once you get it down, the BSG is moving
at 100 knots so if you come in for an approach reduce throttle all the way press teh flaps as many time as need maybe a couple
Try to appraoch at less than 150 knots or less, touch don on the cables and glide to a complete stop. The Full Stop is required, to
get the Mission Completion and SF-MKII Landing on the Battlestar Award. Good Luck, if you cannot do it there is alway the Airport.

Be sure to adjust your sounds within FSX to get the best effects and to hear the voices.

Voices - All me (Morphed, resampled).

This mission as are all my Missions are purley Fictional. I have no Experience in Air Traffic Communication nor do I fly Aircraft for Real life. Everything is WysiWyg. Everything I do is Free, Do with it What you want but please keep it Free.

When a Green Arrows appears as a Point of Interest, Drive to the Green Arrow and stop. Also you control your own Crash Behavior. Pressing the 'U' key controls the on screen Compass and Arrow indicators.

*Note, it is possible to put out any Engines Fires with in the Cokcpit of the F-18. Look around the Left side of the Cockpit, by pressing the Master Caution Light when lite, twice, then press the Fire Extinquisher once, Engine 1 Fire should go out.

My Scenery Settings where set to just High when making the Mission.

The archive etfsx.zip has 7 files and directories contained within it. 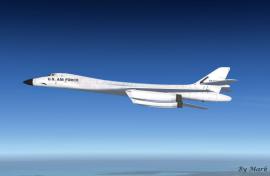