UK ANO Objects. The large objects listed in the "En-Route Air Navigation Obstacles" bulletin, issued by the CAA, are deemed to be just that. They are a potential danger to aircraft navigation and are, in the main, shown on the CAA charts. They are of course useful as navigation aids as well. The ...

UK ANO Objects. The large objects listed in the "En-Route Air Navigation Obstacles" bulletin, issued by the CAA, are deemed to be just that. They are a potential danger to aircraft navigation and are, in the main, shown on the CAA charts. They are of course useful as navigation aids as well. The scenery covers 307 locations, many of which have multiple objects. By Gerry Winskill.

YOU MUST READ THIS FIRST, BEFORE INSTALLING!

The large objects listed in the "EN-ROUTE AIR NAVIGATION OBSTACLES" bulletin, issued by the CAA, are deemed to be just that. They are a potential danger to aircraft navigation and are, in the main, shown on the CAA charts that we use, when flying VFR in the UK. If you see them, you can avoid them. I also find them useful as a means of confirming position, on VFR cross country flights. Last but not least, they help provide a three dimensional feel to the excellent photoscenery coverage of England and Wales.

The downloaded .zip file, that you have just unzipped, contains this UK ANO ReadMeFirst text file, plus three folders:

I'll cover what to do with these folders, under "Installation".

The scenery covers 307 locations, many of them with multiple objects; more than I now care to think about!

In the main these objects are the ones identified as "EN-ROUTE AIR NAVIGATION OBSTACLES". in the CAA publication of that name. The CAA list contains obstacles of 300 feet and over, above ground level. In a departure from my FS9 version, the FSX version has had the objects that lie within Refineries and Petrochemical Plants issued separately, as part of UK Refineries FSX.

The coverage of the CAA list, and of this Scenery, is the UK. Although the photoscenery coverage does not extend to Scotland or Northern Ireland, objects listed for those areas have stillbeen included.

A few masts of qualifying height, not in the CAA list, have also been included.

NOTE: THIS SCENERY IS INTENDED FOR USE IN FSX SIMULATION ONLY. IT MUST NOT BE USED FOR ANY PURPOSE RELATED TO REAL LIFE AVIATION!

In about 80% of cases it has been possible clearly to identify the footprints of objects, in the photoscenery. In urban areas, such as Walsall, it has been impossible to identify mast footprints. The data would sometimes appear to site the masts amidst houses. Since this seems slightly improbable I have used artistic licence and moved it to the nearest available waste land.

In Scotland and Northern Ireland there has been nothing on the ground to help, so the location in the data has been used.

If anyone finds that one of these masts is not exactly where local knowledge says it should be, then please keep it to yourselves! There are far too many objects for the correction of sites to be feasible. Similarly, the masts do not set out to be a reproduction of the real life objects. Generic mast and pylon objects have been used, since this is the only way in which a scenery of this size can be tackled. If anyone spots that lights are in the wrong place, too few rivets, cross arms missing, etc, then please remember that this is Freeware. If it offends anyone's sensibillities, then please just disable it. In passing, it would of course be illegal to approach a mast closely enough to identify the sort of "faults" of which I've been advised, in the FS9 version.

Quite a few locations contain multiple masts; I think the record is about 18 on one site. In a few cases there should be just the one I've included but a second may be sitting, virtually on the same spot. This can happen where the user also has other third party sceneries enabled that contain similar objects. Those that spring to mind are Emley Moor FSX, North England Landmarks, Scotflight Scenery and Nick Ryall's South West England. You may decide that you prefer individual masts from one of these packages; in a couple of cases I will use them on my own system. Because of the way my files are named it should be easy to remove the UK ANO mast that you don't wish to see. That leaves you only with the job of identifying which are the duplicates you are seeing.... In four other instances there have been FSX Default masts in place. These have been so unrealistic, in both shape and height, that I've used exclude files, to prevent them showing up.

INSTALLATION:
1) Open the first of the downloaded folders; ADDON SCENERY. Inside is a second folder UK_ANO_FSX. Transfer this folder to your FSX's Addon Scenery folder.

2) Open the second folder EFFECTS. Copy the three files it contains into the Effects folder, in you main FSX folder.

For the creation of all Gmax objects used in the scenery, and for their collation into the library objects file, I am again indebted to Ted Andrews, without who's contribution the scenery would not have been possible.

To Getmapping PLC, I am indebted, for permission to use their photographic scenery, to help locate and establish the positions of the various locations and objects.

This software is Freeware and may be freely redistributed while it stays FREEWARE: you may not charge any fee for redistribution. Redistribution on CD or DVD is not allowed without my written permission.
Use this software at your own risk. I will not be responsible for whatever issue you may have with it on your computer. If you need furtherhelp in understanding the installation process, please read the FSX manuals, look for tutorials or ask on forums.

The archive ukanofsx.zip has 321 files and directories contained within it. 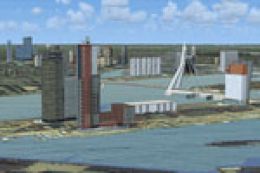 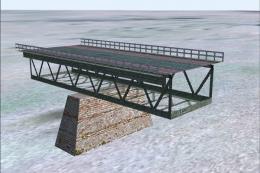 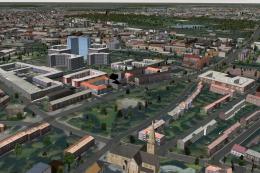 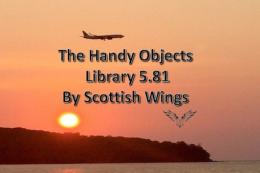 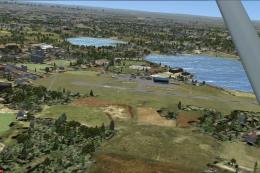 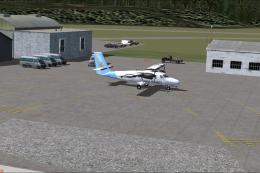 Hi there, this is just the type of addon I have been looking for. Unfortunately nothing seems to show.

Does this work in conjunction with VFR real scenery addon as I have this installed.