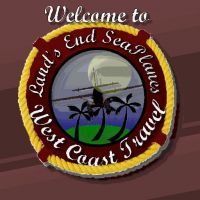 Introduction: First, I would like to thank you for downloading this freeware project. It is a fictional airlines based on “Real World” places. Where possible, I’ve tried to stay as true to the photographs I had available. The “Thank You”(s) for this project are numerous.

There are several Seaplane bases that you will get a “CRASH” when trying to taxi up the ramp. This is due to Microsoft’s scenery mesh and I can not fix it. Tried! But, you can turn off your “Crash Detection”!

Special Note on Manual Installation: My previous releases have resulted in a number of e-mail concerning problems after manual installation. All but one of these problems were the result of copying the files to the wrong location! If you are going to manually install the files…..

1. Unzip the downloaded zip file LESPWC.zip
2. You will find:
A. Self Installer.
B. HTML Read-Me Folder.
3. Run the “Self Installer and when it says “Browse to your main FSX Installation” Don’t. Browse to a temporary folder.
4. Once installed you find the folder, “Addon Scenery”
5. Copy the Addon Scenery Folder to you Main FSX installation.

Here’s a list of the airports and seaplane docks I’ve added scenery/afcad to:

FLIGHTS - Didn’t do them this time….needed the space. You should be able to find each of the sceneries with the information provided above!

I hope you enjoy this scenery as much, as I enjoyed creating it.

The archive lespwc.zip has 12 files and directories contained within it.

This is the second time I have downloaded this - the bgls appear to refer to .bmp files, where the texture dir only includes .dds ?