During Vietnam War, a « secret war » takes place in Laos, mainly lead by CIA agaisnt Pathet Lao guerilla and North-Vietnam army. Since 1961, USA helped Laos government and the Hmong tribes by providing money, military furnitures, and US advisors, Thaïland too, this initiative was called « Steve Canyon program » after the comics books. To bring this support in the montainous Laos, Air America, a « division » of CIA has installed in Laos a few bases and many airstrips called Lima Sites (maybe more than a hundred).

So Long Tieng airfield is born, between 1962 ( when CIA set up general Van Pao, Hmong army leader HQ) and 1966 when airfield was completed. Long Tieng became capital of Hmong, a city of 30,000 people. Air America flew thousands of flights through all SEA area, using mainly STOL airplanes such as Pilatus Porter, Helio Courier, Fairchild C-123 provider, Beech and Volpar D18, and many choppers Bell UH-1 Huey. As aerial operations increase, and to improve links between ground and air forces, a Forward Air Control team was created, formed by FAC detached pilots from USAF flying airplanes without markings, they were named « Ravens »

At end, after the fall of last outposts, on May,1975, US general Heinie Aderholt decided evacuation of Long Tieng and 40,000 people ( Hmong army and civilians) living in surrounding area. Only availables airplanes were a C-46 from CAT (another CIA division) and a C-130, flew by 5 US civilians pilots. During three days, theses airplanes evacuated Van Pao and about 2,000 people. More than 30,000 people were left behind, and started a very long retreat through mountains to reach Thaïland.

Unzip archive in a temporary folder.

3 – Copy / Paste the folders in your main FSX folder, and confirm overwriting

Project is not compatible with DirectX 10

These settings are very important, due to runway peculiar configuration.

Thanks to all authors for having allowed us to integrate their objects in our project.
Thanks also for our testers and the support of FS Tutoriels. To all who have encouraged us at Sim-Outhouse, FlightSim, France Aviation Virtuelle, and Pilote-Virtuel.
A special thanks to Massimo Taccoli, author of the AI Raven Bird Dog (especially made for the project).
Thanks to BLB, Danyboy21, Grizzly, Pat@93.
Thanks to L.T "Patchz" Davis, Todd Pettegrew, Ed "Falcon409" Wells.
Thanks to Patrick Renaudin for all his tutorials.

The FSX Vietnam War project is Freeware. This software is distributed without warranty of any kind either expressed or implied. The author is not responsible for any damage caused by this software. 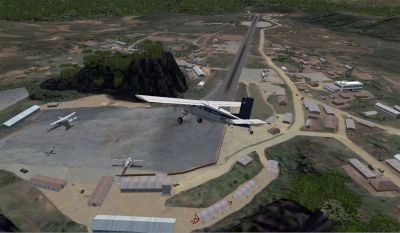 The archive vnw_l20a.zip has 100 files and directories contained within it.