Originally created by Manuele Villa (no VC). Textures for all five gliders in the original package (types A, B & C) updated for FSX in the dds format by Henry Rastouil (2) and Ross McLennan (3). This German assault glider, developed by Deutsche Forschungsanstalt fur Segelflug (DFS)/ German Resear...

Originally created by Manuele Villa (no VC). Textures for all five gliders in the original package (types A, B & C) updated for FSX in the dds format by Henry Rastouil (2) and Ross McLennan (3). This German assault glider, developed by Deutsche Forschungsanstalt fur Segelflug (DFS)/ German Research Institute for Sailplane Flight, was used for the first time during the operation against the Belgian Fort Eben-Emael near Maastricht (May 10, 1940). They were also used during the Krete invasion (Maleme, 1941), in the Western Desert and on the Russian Front for transport purposes. Were used to deliver Otto Skorzeny's commandos against the Gran Sasso mountain-top hotel to rescue the imprisoned Mussolini (Sept 12, 1943). The Royal Italian Air Force (Regia Aeronautica) received almost 20 DFS 230's, but they were used only for training. This updated FSX package also includes a JU52 military version from the JU52 Factory (Managing Director: Pierino Primavesi) as the AI tow aircraft updated for FSX. Flights to replicate the attack on Fort Eben-Emael. In support a brief history of Fort Eben-Emael and Grand Sasso (Operation Oak) attacks. Support is given by Ross McLennan only.

I thank Manuele Villa for permission to update the original FS2004 set for FSX. The original readme documentation is included in the zip file and original aircraft images in the aircraft folder. Also to Henry Rastouil for his initial texture updates and his instructions for updating the remaining original bitmaps to the dds format in Photoshop.

The original FS2004 gliders had no animated or working flaps and this is so in this FSX update. Types B & c of the aircraft are fitted with a drag chute. Air brakes & chutes where applicable are activated with [/]. [shift+E] will open doors and canopy.

My interest in the Fort Eben-Emael attack results from a visit in 2007 and by updating Manuele's gliders it becomes possible to replicate this within the limits of FSX. It is not easy to fly the attack in the simulator, particularly at the real time of the attack (4:16am) on 10 May 1940. The subject, including FSX limitations are covered in the reference documentation available from the aircraft kneeboard.

Because it is difficult to locate any small target visually from 2600m and due to the fact that you may also be blown off course in the tow, the 2D panel (no VC) has been updated to include a simple navigation GPS that is switch-able and can be de-activated if the pilot is happy to fly the glider without such tools OR is not intending to fly the Fort Eben-Emael attack. Operation and flying instructions are provided for each aircraft in the checklist of the kneeboard.

INSTALLATION: Extract the exe file to a temporary folder. This will generate two aircraft folders, one for the 5 versions of the DFS230 glider and another for the JU52 tow aircraft. The JU52 Tow folder contains a gauge folder that provides gauges that you may have discovered were missing from the JU52 IWC and JU52 Float project. Just extract the contents to the FSX gauge folder. Do not overwrite any which exist.

Transfer both of these folders to the main FSX SimObjects/Airplanes folder. A flyable military version of the JU52 by Pierino Primavesi has been converted to AI as the tow aircraft and will not appear in any aircraft listing.

When you first initiate the gliders you will be asked if you want to run the software, answer each time with "run" and "yes".

If your not interested in simulating the attack on Fort Eben-Email and just want to fly the glider from anywhere to anywhere then do not bother to install the flights. Otherwise extract the flights.zip to your saved Flight Simulator X Files folder in My Documents.

SETTING UP THE TOW AIRCRAFT:
The default tow aircraft in FSX is the Maule M7 260C (not the ski version) located in the airplane folder of FSX. Open the aircraft.cfg with notepad and check that the title in [Fltsim.5] reads title=Maule M7 260Cxx, if not, add the two xx's and resave the file.

FLYING THE GLIDER:
The tow air and vertical speeds are preset by FSX and cannot be changed. The tow aircraft cannot be turned from its initial heading. As the pilot of the glider you simply follow the JU52 in front being careful not to break the tow rope. Drop the rope and glide to your target or destination. You should trim the aircraft during the tow and during the glide back to earth. Refer to the checklist on the kneeboard. All aircraft have the same checklist and only two have reference documentation primarily giving the history of the raids and the FSX limitations on simulating them. Using the JU52 as the tow aircraft reduces the distance needed for takeoff. Other military aircraft may need longer takeoff distances and be unable to take off from a small meadow in FSX. At least for the Eben-Email attack you should use the JU52 to simulate.

FLIGHTS (not needed if you do not intend to simulate the Fort Eben-Emael Attack):

DFS230_00: an introduction to flying the DFS230 in daylight from a grass runway at EDKB south of Cologne to EDKL just north of Cologne being the nearest positions of the actual airfields used in WWII to launch the Eben-Email attack. The path is designed to achieve an altitude of approximately 2600m for the drop and then glide down making a turn back onto the runway of the target airfield. In this flight you basically fly in Cologne and will find many buildings and other autogen obstructions (as they appear) that may make it an interesting learning flight. The tow to 2600m will take about 9 minutes and shows the difficulty of locating and flying to a not so obvious destination from such altitudes.

FORT EBEN-EMAEL re-enactment: The attacks cannot be launched from a simulated airfield as the vertical speed of the tow is nearly 3 times that actually used. The takeoff therefore occurs from a meadow along the way so that the release height at the border with the Netherlands is approximately 2600m (may vary depending on the weather set in FSX). You may also like to consider this as the flight made by Lt Witzig by changing the time by +2 hours. Enlarged images and maps are provided in the DFS230 aircraft folder 0_Images/Real

DFS230_01: Take off from the meadow and follow the JU52 to the waypoint at the border with the Netherlands. Drop your tow and glide onto the heading for Fort Eben-Emael. You may have to use your airbrakes to keep the ground speed to between 80 & 90 kts with a sink speed of about 4m/s. In reality this glide took 12 minutes. Be sure to steer to the right or left of the required heading indicated in the mini GPS so that you can turn back to make a landing on a suitable clear area atop the fort. There is no going around and the autogen trees may "get in the way" at the last moment. In early morning light the fort area maybe difficult to distinguish - it requires skill and one must pay tribute to the pilot's of the 42 gliders involved.

DFS230_02: You are at the border, the tow aircraft has been released and you now must glide down for a landing on the fort as described above. Be aware the glider will take time to build up speed after releasing pause and will therefore loose altitude at the start of the glide. You should also note that from the map on the wall at the Fort, the gliders made either a left or right turn back for the landing. To simulate #7 its a Left turn back. To simulate Lt Witzig's flight its a right turn back. You may even like to attack the Kanne Bridge which shows in the default FSX scenery. Your choice. Goodluck!

There are no flights provided for the Gran Sasso Operation Oak (Eichen) to release the imprisoned Mussolini. I have flown over the area in my FSX Storch update but have not been able to locate the position of the hotel or a place to land.

KNOWN FSX ISSUES:
(0) The aircraft must be flown in full screen mode or any additional overlays may not be positioned correctly.

If you do experience a full blackout of the forward view and/or a locked in black square around, for example, the wing navigation lighting then go to PAUSE. Cancel all overlay windows that are in use. Key [Alt+Enter] to place the aircraft view in a window. DONOT ACTIVATE ANY OVERLAYS. Change the views from inside to outside and back to inside again. Activate full screen again with [Alt+Enter]. If this does not work, abort the flight, exit FSX and try again.

(2) IF such developed faults occur it is recommended you fly with "Tool Tips" turned off so as to have a measure of control over any such problems.

(3) The ground speed indicator gauge and switch may show thro' the Fort Eben-Emael map in the cockpit.

These aircraft are provided as freeware and is not to be used for any commercial purpose. I take no responsibility for any conceived problems as a result of installing this software. You install it at your own risk.

The archive dfs230_fsxu.zip has 9 files and directories contained within it. 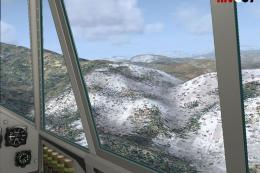 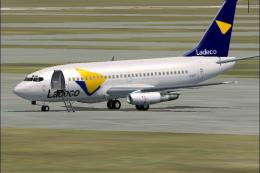 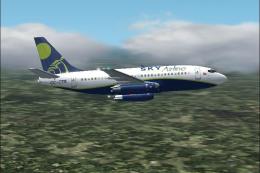 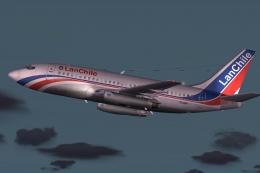 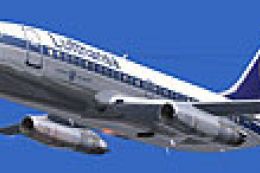 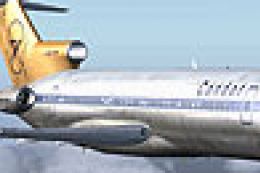 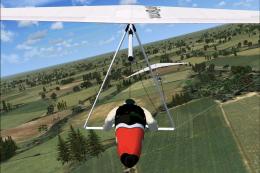 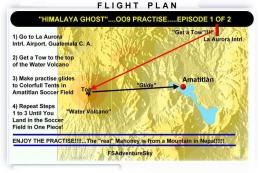 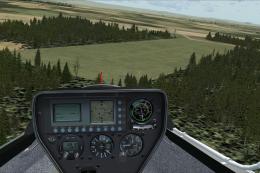 If you like gliders, you really need to try this one. It is a really different flying experience from a single seat glider. Good job!