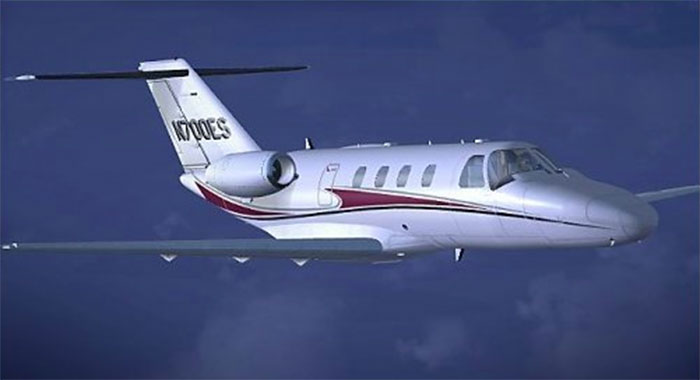 Eaglesoft Development Group has announced that their Cessna Citation CJ1 is now in final beta testing. The Cessna Citation CJ1 for FS2004 includes Standard model and Ultralight noVC model to help frame rates. Four liveries are included along with landing view, tooltips, zoomable gauges, and many other quality features.

As one of the most prominent names within the world of flight simulation, the Eaglesoft range of improved aircraft are one of the most well recognized and respected – and with good reason. Their attention to detail, knowledge of the actual industry and constant striving for maximum accuracy makes them one of the most enjoyable teams in the flight simulation community. If you are looking to utilize a fresh set of aircraft that are well worth using – and are compatible with both Flight Simulator 9, and Flight Simulator X – then this is the place to get started.

It makes life much easier than ever before, especially if you are somebody who has a keen idea of how to fly the Cessna CJ1 in the first place in real-life! This adds more realism, more additions, more improvements and everything else possible to give you the most authentic experience that you can possibly find. The beta test of the aircraft eventually came completed, and was completely licensed and improved for use in both flight simulators in the long-term.

It works with both Windows 7 and Windows 8, as well as provides you with full support for your current version of the Flight Simulator of choice whether it uses Service Packs 1 or 2, or 32-bit/64-bit operating systems. Everything that you wish to utilize with this add-on is easily possible, as it recreates one of the most interesting Cessna planes ever made.

It carries intense new additions to the graphical side of things, as well as striving for high levels of accuracy within the actual design of each section of the aircraft. The interior and exterior have both received considerable amounts of work, with even the tiniest and most insignificant of features being included along the way.

One of the main improvements, though, is visually .the entire model has been re-made from scratch and has been edited and improved to use quality reflective materials on the aircraft. This means that it actively responds to the world around it, giving you an aircraft that has realistic shadows and shade, as well as awesome reflections included that make the aircraft feel more alive than ever before.

The overall performance level has been installed with maximum accuracy, too. Instead of giving you a cheap imitation that follows “roughly” where you want to be, this aircraft package really takes in hours of footage and research to make an aircraft that looks, sounds and performs just as it should. If realism is something that you strive for when it comes to your flight simulation requirements, then few options are as enjoyable as this current Cessna system.

With new animations made from scratch to ensure that your aircraft looks the part, you can really enjoy your flight simulation experience from a whole new vantage point. New features such as oxygen and pressurization all marked with realistic gauges, you get every last inclusion possible to make the aircraft look and feel just like the real thing would!