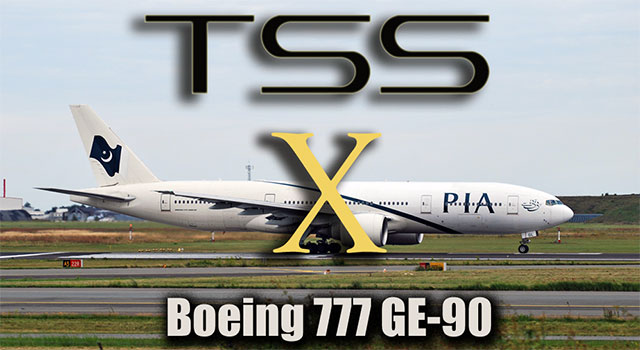 Commonly known as the “Triple Seven”, Boeing 777 is the world’s largest twinjet. The long-range, wide-body, twin-engine jet airliner has the largest-diameter turbofan engines compared to all other aircraft.

General Electric GE90 is a series of high-bypass turbofan aircraft engines built for the Boeing 777. Launched in 1990, the GE90 was designed and developed by GE Aviation in association with French aircraft manufacturer Snecma S.A., IHI Corporation of Japan, and Avio of Italy.

For the full range of TSS products, visit their manufacturer page over at SimShack.net.

Ian, I am the Product Manager for GE for the GE90. Really enjoyed your simulation of the 777 and the GE90!