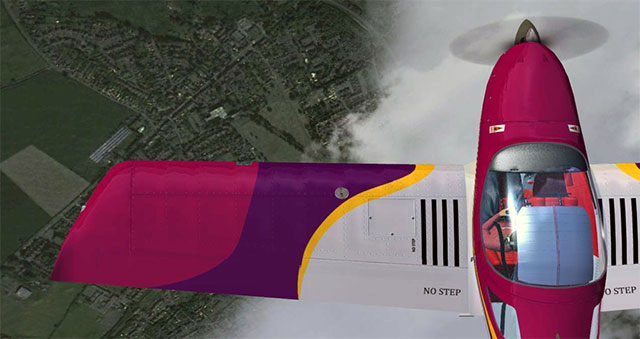 Flight simulation fans will now enjoy flying this aircraft – Just Flight has announced that it is currently working on a first-rate simulation of the Czech Sport Aircraft PiperSport for Flight Simulator X.

The PiperSport, also known as the SportCruiser, is popular for a number of reasons:

Our popular Flying Club range of light aircraft has been extremely well received and we have built a reputation for producing extremely high quality light aircraft at very reasonable prices. The PiperSport is a natural fit for us and our development team didn't need much persuading to get stuck in to such a brilliant machine. Virtual pilots are going to enjoy flying this gem in FSX.

We're very pleased to be assisting Just Flight with this project. We're extremely proud of the PiperSport and we're looking forward to seeing it become as big a success in the virtual skies as it is in the real ones.