Golden Age Simulations DeHavilland DH 60 Moth for FSX. Originally designed and released as freeware for FS2004 by Jim Douglass, this package has been fully remodeled to FSX native status.

Golden Age Simulations DeHavilland DH 60 Moth for FSX. Originally designed and released as freeware for FS2004 by Jim Douglass, this package has been fully remodeled to FSX native status. 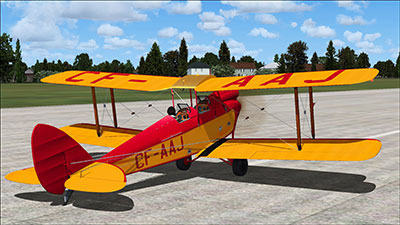 ​It includes both the Gipsy and Cirrus Moth variants as well as a Gipsy-powered amphibian and a seaplane Cirrus Moth along with various repaints and liveries.

There are two options for install - an autoinstall with EXE file or a manual drag/drop install for users who prefer that (and want to do custom things).

The flight dynamics have been revised and fully simulate the handling characteristics of each type.

A paint kit is included in the package.

Four models are multiple repaints are included in the base pack;

The package that you have before you was originally designed for FS 2004 by Jim Douglass and released as freeware. Like that package, this is also freeware and as such may be freely distributed providing it is done at no cost and Golden Age Simulations is credited with its development. A paint kit is included and repaints are encouraged and may be freely distributed as well. It may be found in the folder Golden Age Simulations located in your main FSX root directory.

The package contains 4 variants of the Moth. The DH 60G Gipsy Moth landplane and amphibian and the DH 60X Cirrus Moth landplane and seaplane. Each variant represents aircraft actually flown in the late 1920s and early 1930s. We'd like to thank Leyland Spur (across the pond) for the reference work and keen eye for detail that was invaluable in the conversion.

Additionally, the conversion would not have been possible without the help of Anthony Lynch, who graciously provided the modeling code and textures for the P-8 compass used in each model.

What follows are a few details on how to operate the model in a manner that will (a) enhance your experience and (b) minimize technical support requirements.

The Gipsy and Cirrus Moth were, for the most part, hand propped to start. To that end our models require that the keyboard commands Ctrl - E be used to start the models. The Gipsy engine turns counter-clockwise and the Cirrus clockwise.

The P-8 compass is quite easy to use. The first thing one needs to keep in mind is that the needle always points north. To establish a heading rotate the outer ring to the heading desired and then slowly turn the aircraft until the north arrow is between the reference lines. To determine the heading rotate the ring until the reference lines bracket the arrow and read the heading opposite the fixed lubber line which is at the 12 o'clock position on the compass face. There is a lever lock to prevent the inadvertent movement of the heading ring.

The model is designed to be flown from the Virtual Cockpit. A 2D panel is available for those that desire it. As is the case with all the models we endeavor to present them as they were in the Golden Age and therefore we do not place modern navigation devices in our cockpits. There are available by accessing the SimCons located behind the first map in the chart rack located at the pilot's left knee.

Also included in the fold-out map are the SimCons for map and kneeboard. The aircraft checklist and reference files can be accessed by that shortcut.

The Moths had folding wings to facilitate hangaring the aircraft as well as towing it to the airstrip. Our model is so equipped. Wing fold in FSX needs to be programmed into the keyboard command menu. Some of our testers have reported that the wing fold function will not work even after the command has been entered. A hot point switch has been placed in the VC to facilitate wing folding. It is located above the pilot's head at the left hinge point. (see below). Move the mouse cursor over the bolt until the icon changes and left click to activate the function. Also above and to the left is the fuel shut-off. Left-click to operate.

The aircraft doors and cargo hatch are activated by hot point switches in the VC cockpit located on the top of each door. The rear cockpit door has a switch for the door and the cargo compartment. The front cockpit, the door only. To view the front door hot point, slide your view right until the door latch is in view and slide the mouse cursor over the latch until the hot point target is recognized. ​

Also included is a pack of 25 repaints/liveries compatible with this base model. They are;

The archive gasdh60fsx.zip has 1409 files and directories contained within it. 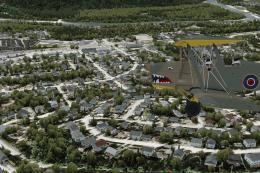 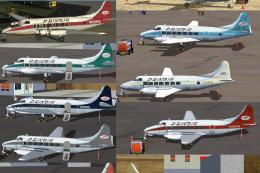 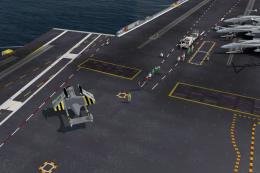 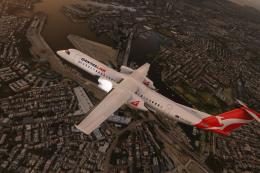 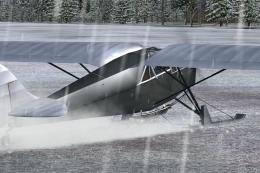 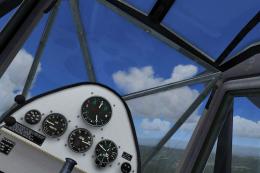 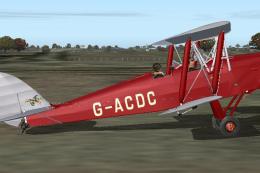 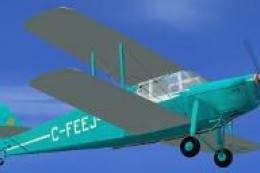 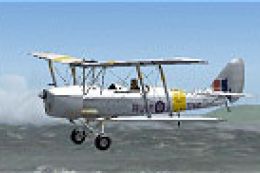